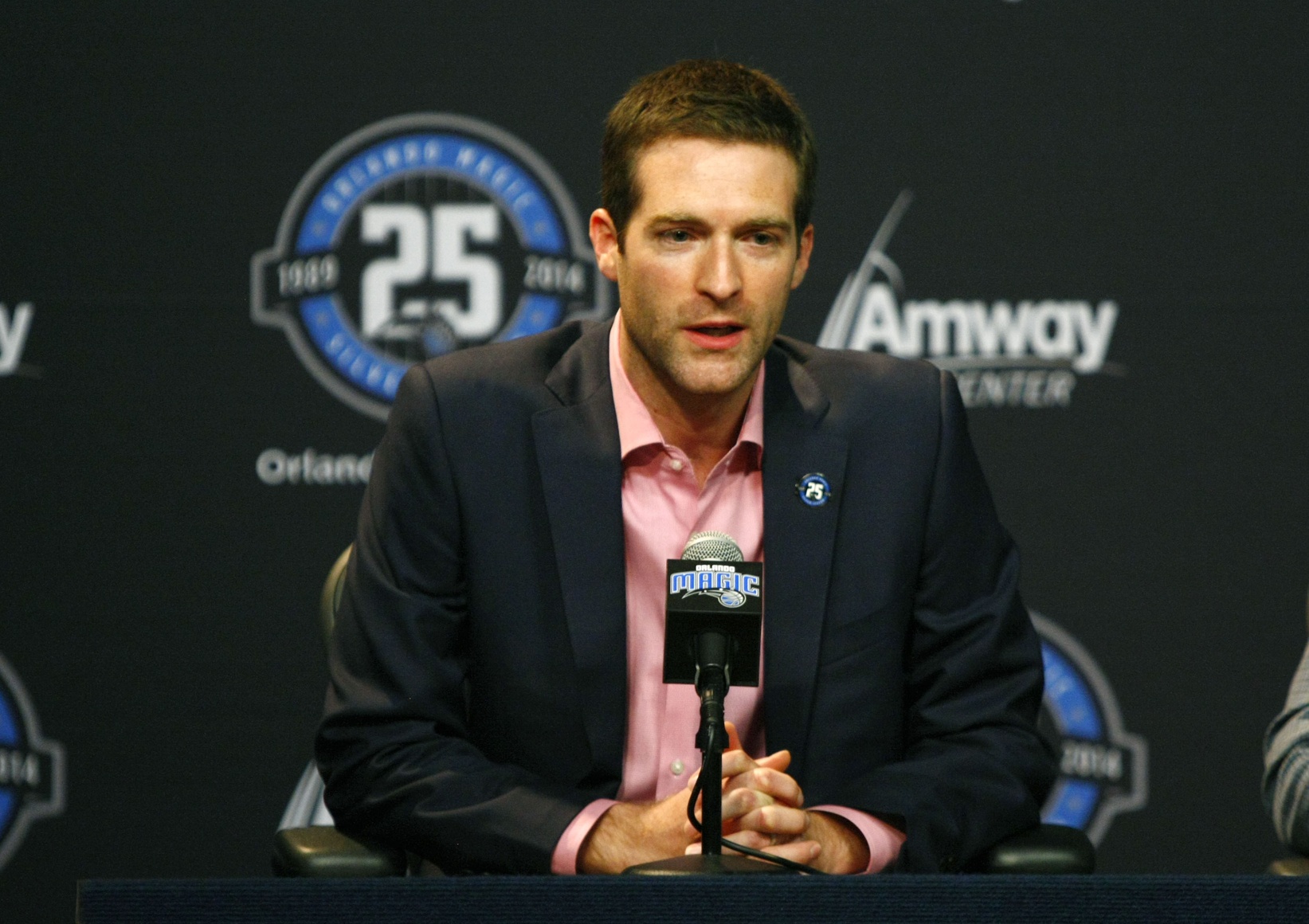 Despite a turbulent season that culminated in the firing of head coach Jacque Vaughn, the Orlando Magic are looking to extend the contract of general manager Rob Hennigan, according to Josh Robbins of the Orlando Sentinel.

On the surface, it would seem such a decision is premature. The Magic are in the third year of a rebuilding effort and remain a long way from contention in the Eastern Conference. Still, it’s hard to pin most of the blame on Hennigan.

Hired in 2012 at the age of 30, he immediately faced an impossible challenge when star center Dwight Howard at last made up his mind and decided he did, after all, wish to be traded. Short of leverage and options, Hennigan pulled the trigger on a four-team deal that brought a handful of players, including Nic Vucevic, Moe Harkless and Arron Afflalo, and three protected first-round picks to Orlando.

The deal was widely panned at the time, but it has turned out better than expected. Vucevic has developed into a viable starting center, posting averages of 19.3 points and 11.2 rebounds per game this season, while two of the protected picks were converted into impressive rookie guard Elfrid Payton.

Still, there’s plenty of work to be done. Hennigan has to hire a permanent coach to replace Vaughn, who did not fare well in his first tenure as a head coach. Beyond that, Hennigan must acquire a true superstar to build around, and find a way to balance the roster. Despite their promise, questions remain if Payton, Oladipo and Gordon have enough shooting ability to play together.

At last, the materials are there for Hennigan to shape a winner. It’s clear the Magic are going to give him that opportunity.