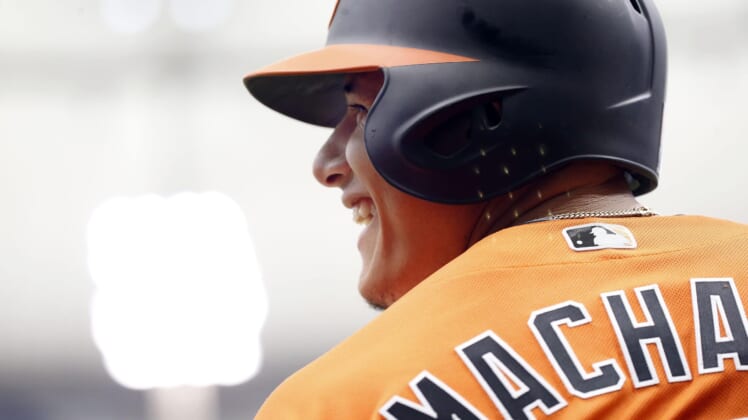 It appears Tuesday’s All-Star Game will be the last time Manny Machado suits up in a Baltimore Orioles uniform. The All-Star shortstop, who is starting in the All-Star Game, is about to be traded.

According to Bob Nightengale of USA Today, the Orioles have told teams it will trade the 26-year-old on Wednesday after the All-Star Game.

The Baltimore #Orioles say that barring a last minute snag, they will trade Manny Machado on Wednesday with the #Dodgers, #Brewers and #Phillies still in talks. The #Dodgers remain the likely destination over the #Brewers.

The Los Angeles Dodgers are reportedly heavily in the mix and included top prospect Yusniel Diaz in their offer to Baltimore. According to the report, the Milwaukee Brewers and Philadelphia Phillies are also still in talks with Baltimore.

An era could soon be over in Baltimore. Machado, the No. 3 overall pick of the Orioles back in 2010, will soon see his time with the only organization he has ever known come to an end.