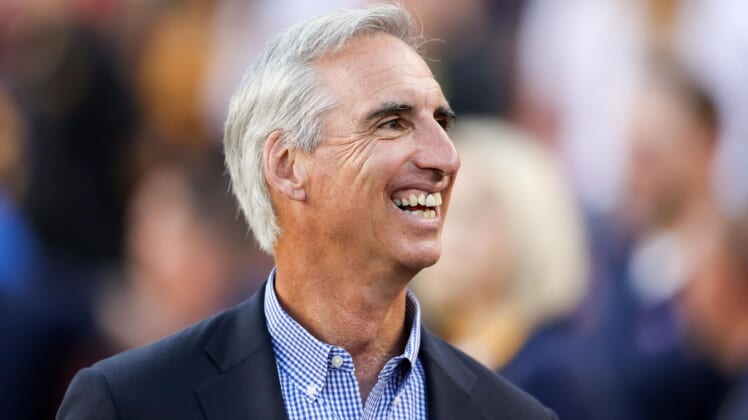 Andrew Luck isn’t the only member of his family making news this offseason. His father, Oliver Luck, will be leaving the NCAA to serve as the commissioner and CEO of the XFL.

The @XFL2020 has named former NFL and NCAA player and executive Oliver Luck as its first Commissioner and CEO, sources tell ESPN.

Luck is leaving the NCAA and Indianapolis, where he was able to be around his son, Andrew.

The elder Luck has worked at the NCAA as an executive since 2014. He previously worked as the Athletics Director at West Virginia, and his tenure included a stop on the College Football Playoff committee.

A second-round pick of the Houston Oilers in 1982, Luck played five NFL seasons before retiring and embarking on a busy post-playing career.

Luck gives the XFL — which is scheduled for a reboot in 2020 — a well-respected and experience figure at the top.