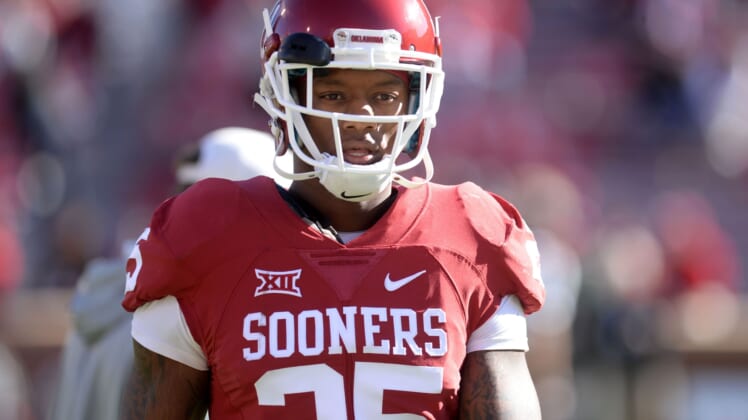 Oklahoma Sooners running back Joe Mixon is one of the more polarizing players in the country, and for obvious reasons.

That being said, he has been one of the more electric players in college football since his year-long suspension ended last season.

With Samaje Perine announcing his decision to leave for the NFL, some had thought, hoped, that Mixon would return and team up with Baker Mayfield to form one of the most-potent and explosive backfields in college football.

With today’s news, that is not the case, as Mixon has declared his intention to enter the 2017 NFL Draft.

#Sooners RB Joe Mixon will enter the 2017 #NFLDraft. @STL_Sportsgroup & @PeterJSchaffer will represent. Will train at @mjp360.

While underclassmen have until January 19th to pull their name from the draft pool, with Mixon signing an agent his college eligibility is now forfeited.

When looking strictly at the on-field product, there may be no back in the draft better than the third-year sophomore out of Oakley, California. Mixon brings a combination of vision, power, and agility that had him draw comparisons to Adrian Peterson out of high school.

Add in his ability as a pass-catcher and in space, and you may hear analysts call him a more athletic David Johnson.

That being said, his assault on a female has put Mixon in the limelight for all the wrong reasons, and will make him one of the most polarizing players in the 2017 Draft.