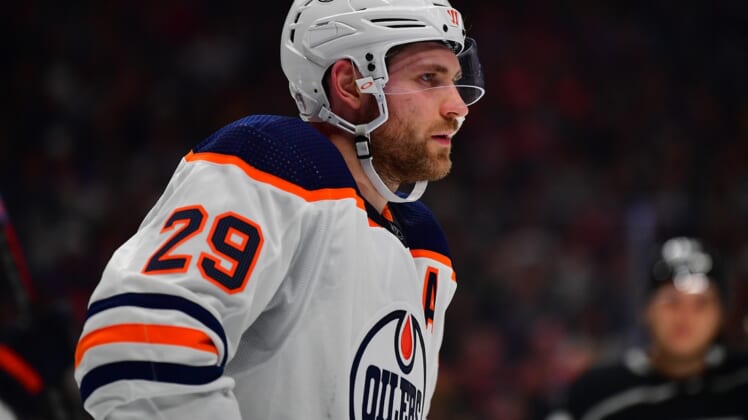 Edmonton Oilers star Leon Draisaitl missed the morning skate with an ankle injury and will be a game-time decision for Saturday night’s Game 7 against the visiting Los Angeles Kings, the Los Angeles Times reported.

Draisaitl was in and out of the lineup during Thursday night’s 4-2 win in Game 6 after he appeared to turn his right ankle during a first-period scrum with Kings defenseman Mikey Anderson.

Edmonton coach Jay Woodcroft declined to comment on Draisaitl’s status for the finale of the first-round Western Conference series.

Draisaitl had an assist and was on the ice for 18:25 in Game 6, which was about his average for the series (18:54). He has five goals and three assists in the series.