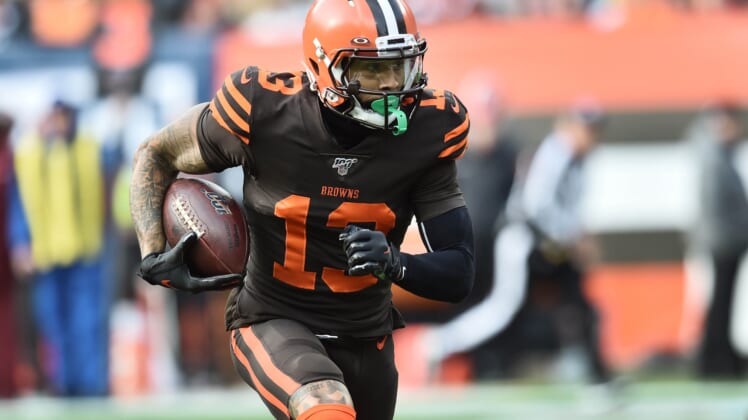 After Cleveland Browns receiver Odell Beckham Jr. and teammates denied reports this week that he wants to be traded, FOX Sports’ Jay Glazer reported on Sunday that the star receiver is not happy in Cleveland.

According to the report, Beckham Jr. told teams during the season to trade for him and he remains unhappy with his usage and role in Cleveland’s offense.

The 27-year-old hasn’t looked like the All-Pro receiver that lit up opposing defense on a weekly basis while with the New York Giants. He enters Sunday with only 59 receptions, 844 receiving yards and ranks 91st in the NFL with two touchdowns.

He is reportedly also dealing with a painful sports hernia injury, which the team doesn’t plan to shut him down for. Beckham Jr. has reportedly played through the injury since training camp, which led to recent criticism of Cleveland’s medical staff by Baker Mayfield.

While it appears Beckham Jr. remains part of the team’s plans for 2020 as of now, that could change when the offseason arrives and the Browns consider changes following a disappointing season.