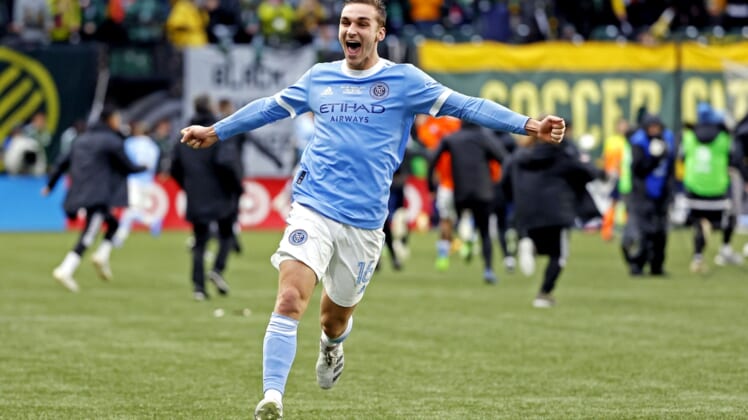 According to The Athletic, it would be an 18-month loan with a purchase option for the 21-year-old defensive midfielder.

Sands, a New York native and NYCFC homegrown player, started all 26 of his matches for the MLS Cup champions in 2021.

Since making his MLS debut in 2017, Sands has played in 65 games (63 starts) and contributed a pair of assists. He also has earned seven caps with the U.S. men’s national team.