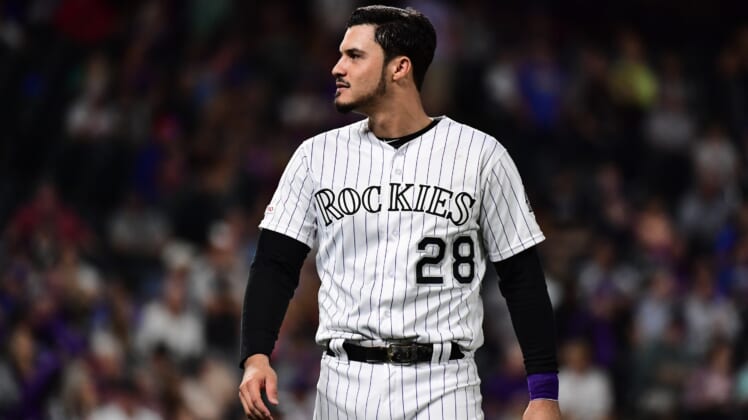 Less than a year after signing Nolan Arenado to an eight-year, $260 million extension, the Colorado Rockies surprised many around baseball by listening to trade offers for the star third baseman. It’s now becoming more apparent why he might be available this offseason.

According to The Athletic’s Ken Rosenthal, the relationship between the two sides is seemingly deteriorating from the heights of when they signed the deal and it’s leading Colorado to explore a trade.

Of course, there are still significant obstacles that stand in the way of Arenado being traded. He is under contract for $35 million across each of the next seven seasons. It’s a reasonable contract given Anthony Rendon’s deal, but Arenado can also exercise a player opt-out following the 2021 season.

He’d be entering his age-30 season and is still expected to be playing at an MVP-caliber level. So he could exit out of the deal and land a better contract. Arenado’s current contracts also contains a no-trade clause, which could allow him to block a trade to another team or potentially use it to land a more financially-lucrative deal.

Of course, these are all hurdles that can be overcome by another club given the opportunity to land Arenado. While it remains unlikely that he is traded this offseason, Rosenthal’s report at least maintains that there’s a chance Arenado is on a new team before Opening Day.