Report: ‘No timetable’ on new Tom Brady contract, and ‘no outcome should be ruled out’ 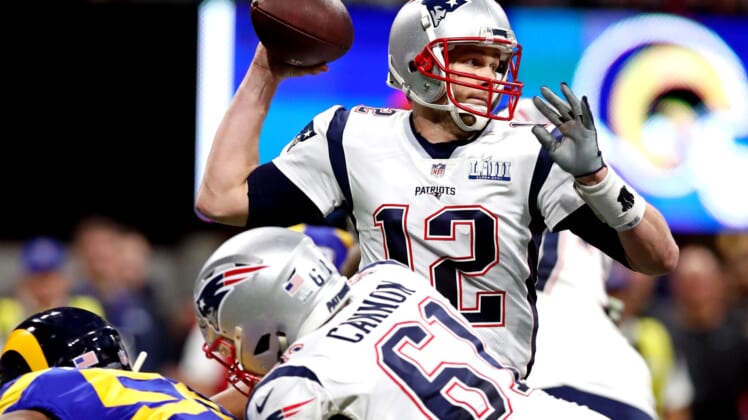 The New England Patriots/Tom Brady contract situation seems to be getting curiouser and curiouser, as Alice liked to say.

One day after reports emerged indicating that there is no new deal in sight for Brady, Tom Curran of NBC Sports Boston shared that a new deal is not certain, no matter the time frame.

Following Monday’s reports, many opined that Brady could still get a deal done before the start of the 2019 season, just like he’s done a few times in the past. Brady has never been a lame duck before, so if he is this year it would be a first.

Responding to that theory, Curran wrote, “There’s a perceived inevitability that Brady will get a new deal before the start of the season. My understanding is that timetable is no sure thing and that — until substantial progress is made — no outcome should be ruled out.”

That’s quite a statement.

It tells us that the Patriots might be terribly conflicted about what to do here with Brady.

“Now Brady’s 42, playing like he’s 32 and Belichick still seems to be waiting for some kind of epiphany before he tethers himself to a player Belichick is worried might start playing his age.”

Though he’s been remarkably injury free for most of his career (minus his ACL injury in 2008), Brady’s age itself dictates caution when discussing any extension that includes big guarantees. So, are the Patriots content to wait out the season and see if Brady can make it through his 20th unscathed?

This is a fascinating, developing story that we’ll certainly be keeping our eye on in the days and weeks to come.