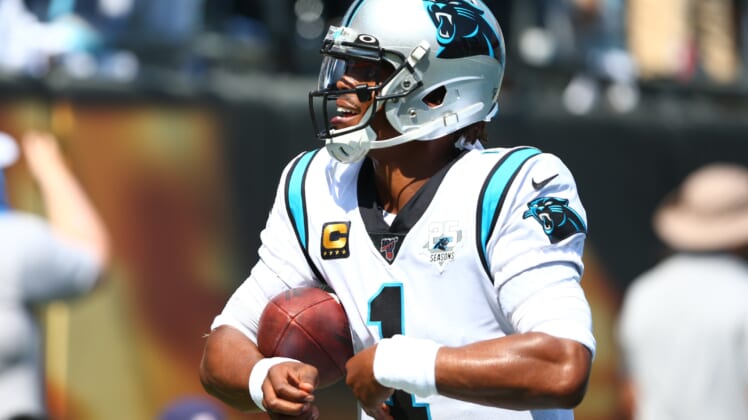 After being released by the Carolina Panthers, Cam Newton expected to find a plethora of suitors interested in signing him to become the new face of their franchise. Now, nearly two months after being cut, the former NFL MVP can’t even seemingly get a call from an NFL team.

Despite a remarkable resume and undeniable talent, the 31-year-old quarterback remains a free agent and it seems he’ll be in this position longinto the summer.

According to ESPN’s Dan Graziano, there hasn’t been any indication from across the league that any team is seriously interested in signing Newton. Even as far less talented quarterbacks get scooped up by NFL teams, Newton remains without a home and no indication of that changing soon.

Newton is only a few years removed from throwing 24 touchdowns with a 94.2 quarterback rating in 2018, playing at a high level. The NFL MVP in 2016, Newton has been limited in recent years by surgeries on his throwing shoulder. This past season, he was limited to just two games after suffering a Lisfranc injury.

Teams are concerned about his poor durability and just how much he has recovered from the ankle and shoulder surgeries. In previous years, he could answer those questions by visiting the team and undergoing a thorough examination and taking part in a workout. However, the COVID-19 pandemic has closed all team facilities.

At least one NFL team is open to bringing Newton in, but only if he takes a team-friendly deal and can pass their medical evaluation. There are no more options to be an immediate starter for any team, which will force Newton into being a backup with a new team in a new system.

Once one of the NFL’s best quarterbacks and a nightmare for opposing teams to stop, Newton is now struggling to find work. At some point, he will either need to settle for an opportunity that is below his talents or he’ll just need to sit out the 2020 season.