Report: ‘No competition’ between Eli Manning and Daniel Jones 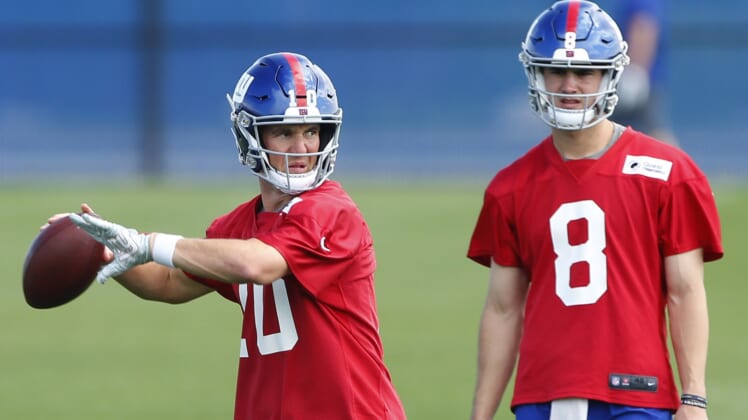 The New York Giants are not going to even consider starting rookie Daniel Jones this coming season unless something happens to Eli Manning, per Mike Garafolo of NFL Network.

During a live segment Monday, Garafolo said that head coach Pat Shurmur made it seem like Jones had a shot to start during the offseason to give the rookie motivation. Now that camp has arrived, there is reportedly “no competition” for the job.

This is now the second time in a few weeks that plugged-in reporters have shared this perspective.

Manning is the starter. Jones will only be called upon if something were to happen to Manning. That’s the verdict, at least for now.