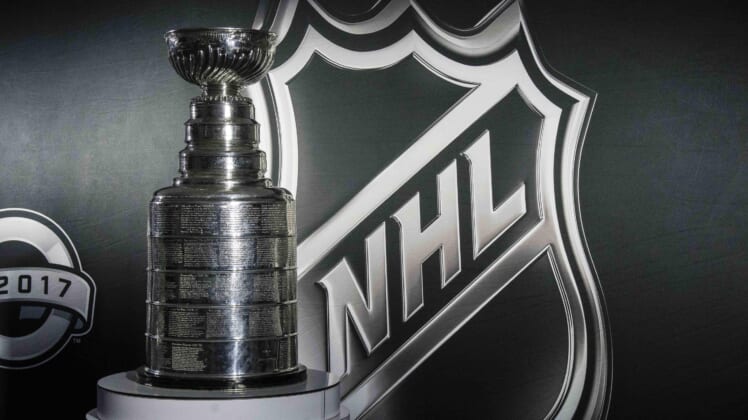 The NHL is taking another huge step towards getting players back on the ice under their return-to-play plan, with the start of the NHL’s qualifying rounds and the path to the Stanley Cup reportedly set.

NHL sets date for the start of Stanley Cup Playoffs

According to the New York Post‘s Larry Brooks, the Stanley Cup Playoffs will begin with the qualifying rounds on July 30. It would mark Phase 4 of the NHL’s return-to-play plan, which the league is moving forward with.

Phase 3 is scheduled to start on July 10th and will conclude with travel to hub cities on or around July 24th. As I recently noted, Las Vegas has unofficially been chosen as the hub city for the East with Toronto the leading candidate for the West.

While the NHL is hopeful to drop the puck on July 30, the schedule is tentative. A recent outbreak of the coronavirus has seen 11 players test positive, including one of the NHL’s biggest stars.

In an effort to provide teams with more depth, the NHL is also reportedly going to expand roster limits for training camps. Under the roster expansion, teams are allowed to bring 30 skaters and an unlimited amount of goalies. Once the tournament is set to begin, organizations can bring 28 skaters with an unlimited number of goalies.