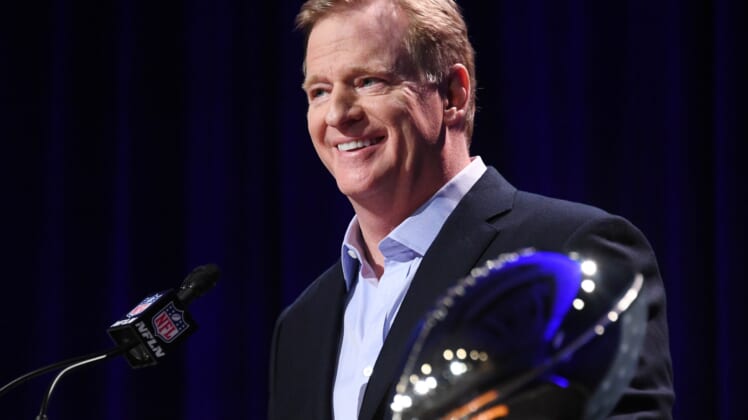 The 2020 NFL season is fast approaching and with the countdown until the first kickoff a month away, many are concerned that the upcoming season could be in jeopardy due to the COVID-19 pandemic.

While many players and teams are worried about the risks of playing during a health crisis, the NFL reportedly remains very optimistic that it will provide fans with a sense of normalcy this fall.

Will there be an NFL season?

The 2020 NFL season is officially scheduled to begin on Sept. 10 when the Kansas City Chiefs host the Houston Texans in the NFL Kickoff Game. However, many coaches, team executives and players have expressed uncertainty about playing amid the COVID-19 pandemic.

Even after 69 players, including multiple stars, opted out of playing football this fall and despite the risks of an MLB-like outbreak, the NFL is reportedly not lacking any faith that the upcoming season might be in jeopardy.

According to ProFootballTalk’s Mike Florio, the NFL privately holds a high degree of confidence that the 2020 season will be played in full.

The NFL is obviously aware of the results that will come from playing during this health crisis. Most notably, the league anticipates players testing positive for COVID-19 during the season. When that happens, those individuals will miss multiple weeks and teams will be relying on practice squads more than ever before.

From the league’s perspective, it is focused on generating revenue in a year when every sports league is struggling. The NFL knows it will lose out on billions of dollars in stadium revenue this season and it’s exploring alternatives to make more money, including playing more games on Saturdays.

While many owners pushed for delaying the 2020 season until October, the NFL was never receptive to the idea. Instead, it will move forward with its schedule and fans can count down the days until the 2020 season begins.