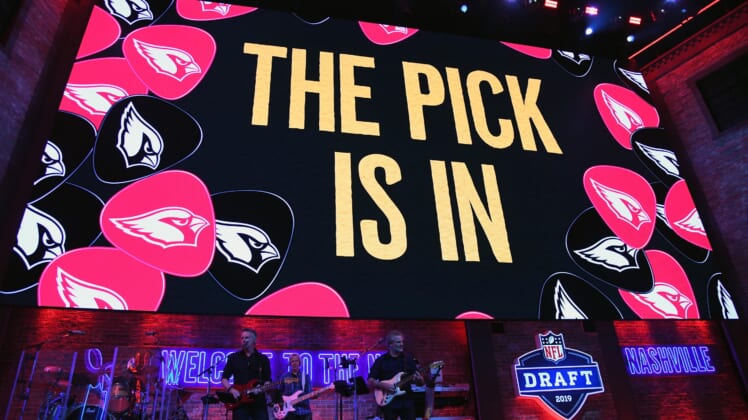 The NFL announced on Monday the 2020 NFL Draft will be fully virtual with teams submitting their picks from home. While the move will level the playing field for all teams, some around the league are concerned about the potential consequences of a virtual draft.

Multiple team executives told NBC Sports’ Peter King that they had some concern about video conferencing during the 2020 NFL Draft with the risk that someone outside the organization could hack it.

Zoom videoconferences have soared in popularity during the COVID-19 pandemic with many states issuing stay-at-home orders and millions now working from home. But Zoom conferences have also been found to be easily hackable with medical, school and event sports conferences experiencing hacks.

The FBI has since warned users about ‘zoom-bombing’ and it recently happened to the NHL with a New York Rangers prospect receiving racial abuse during a hacked video chat with fans.

Understandably, given all that is on the line for organizations, NFL teams are concerned about the risks of being hacked. As one club executive shared, per NBC Sports, the risks exist for another NFL team’s IT person to hack another Zoom session during the draft.

Given general managers might also need to communicate with multiple people at once, both their own personnel and with other clubs during trade discussions, there could be even more risk for hacking.

Fortunately, there are still a few weeks until the 2020 NFL Draft arrives on April 23. However, teams will likely want the NFL to have plans in place to ensure the safety of information and communication during the draft.