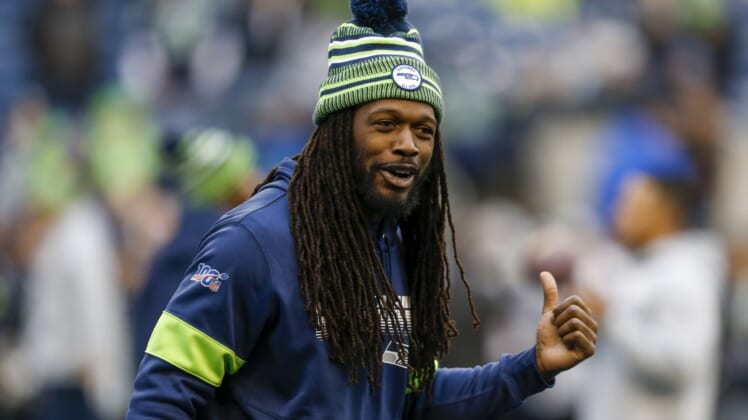 Jadeveon Clowney came into the offseason as one of the most hyped free-agent talents available. Now weeks after the top players all signed, Clowney remains a free agent and he might be available for a while given some concerns around the NFL.

According to Pro Football Network’s Tony Pauline, many around the NFL are fearful of Clowney’s work ethic and drive once he lands a new contract. The star edge rusher desired a market-setting contract when the offseason began and even with his price now dropping, people are concerned he’ll stop working hard once he lands a sizable contract.

“There are concerns, even from people close to Clowney, that once he signs a huge contract. He may not play hard. He may just get this one contract with all the guarantees and that’s it. Which is a concern of a lot of people,” Pro Football Network’s Tony Pauline said, via SeahawksDraftBlog.com.

After asking for $20 million annually on a multi-year deal, Clowney’s market plummeted and there hasn’t been much improvement. Some expected him to return to the Seahawks on a short-term deal, but a reunion with Seattle is now unlikely.

There aren’t just concerns regarding his work ethic. Once the No. 1 overall pick in the 2014 NFL Draft, the edge rusher has never lived up to his hype and reputation. He has been inconsistent and dealt with durability issues throughout his career, concerns that have pushed teams away from signing him to a huge deal.

After recording nine sacks in consecutive seasons with the Houston Texans, Clowney struggled to stay healthy and produce after being traded to the Seahawks before the 2019 season. He finished with only three sacks and 13 quarterback hits in 13 games.

He also doesn’t have the opportunity to prove he is healthy because the NFL shut down all team facilities and NFL-related physicals have been stopped.

There is undeniable talent with Clowney and he has demonstrated the ability to take over games. Between questions surrounding his consistency, durability, work ethic and asking price, the lack of strong interest in Clowney isn’t surprising.