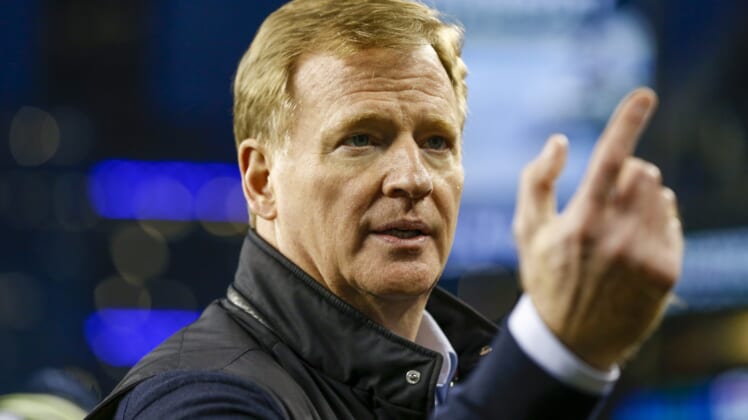 While plenty of changes could be coming to the NFL if a new collective-bargaining agreement is signed before the new league year begins, a change in the salary cap for the 2020 season reportedly won’t be one of them.

According to NFL Network’s Mike Garafolo, many involved in negotiations regarding a proposed new CBA believe the salary cap will not experience a huge change if a deal is reached. However, if an agreement is reached and the NFL can land record-breaking media deals, bigger spikes in the salary cap could arrive in 2021.

While the current cap for the 2020 NFL season hasn’t been announced, previous reports have indicated it could hit or exceed $200 million. It has put teams like the Miami Dolphins ($90 million), Indianapolis Colts ($86 million) and Buffalo Bills ($82 million) in a great position to spend this offseason. An even more significant spike in the cap would be great news for teams like the Dallas Cowboys, who must re-sign multiple stars this offseason.

The Cowboys could already be in position to be hurt by a new CBA being signed before March 18, because it would prevent teams from using the franchise tag and transition tag. Instead, Dallas would be in a spot where they might have to choose between Dak Prescott or Amari Cooper, while risking the other walking for nothing and being unable to match any offer.

The long-term benefits for NFL teams and players are obvious with more revenue set to come into the league in the coming years. However, at least for now, the NFL teams will likely be operating with a $200 million cap in 2020.