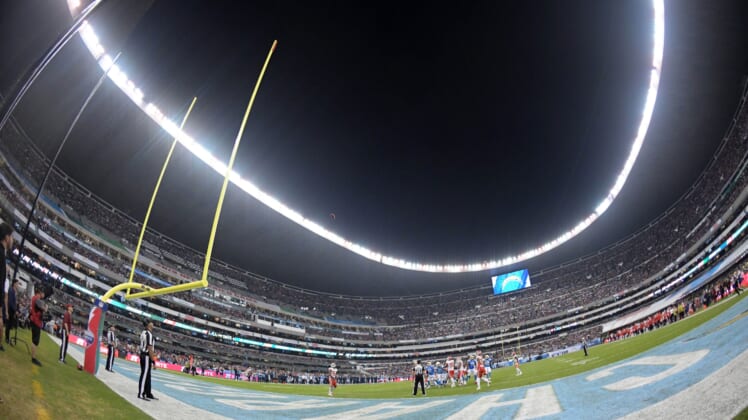 The NFL has spent more than a decade growing football across the globe through the NFL International Series, but that will come to an end in 2020 due to the COVID-19 pandemic. Fortunately, football fans overseas might not have to wait long for football to return.

League officials opted to cancel the entire 2020 International Series over concerns with international travel and player safety with the coronavirus spread throughout the globe. Fortunately, per NBC Sports’ Peter King, it might only be a one-year hiatus.

The current expectation remains that the NFL International Series should return in 2021, per King, barring the COVID-19 pandemic escalating and experiencing a second wave next year.

A tradition that began in 2007 when the New York Giants face the Miami Dolphins at Wembley Stadium, the NFL has played at least one international game ever since. The NFL International Series expanded to five games in 2019, with one taking place in Mexico.

Due to the NFL’s decision to play all games in the United States this year, the Miami Dolphins, Atlanta Falcons and Arizona Cardinals each gained one home game instead of playing internationally. The Jacksonville Jaguars were set to play two games in London before the league made its ruling.

While teams will play at home in 2020, it remains uncertain if fans will be allowed to attend NFL games early this season.