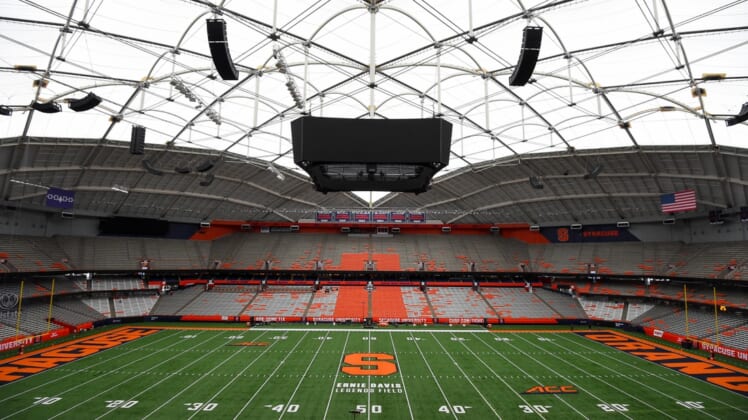 One of the best-known venue names in college sports is being retired.

Sportico reported Friday that the Carrier Dome, which houses Syracuse football and basketball, will be renamed after JWA Wireless, with an official announcement anticipated in the next few weeks.

Syracuse bought out the old agreement, seeking a more lucrative naming-rights pact, according to the report.

In 1979, air-conditioning company Carrier, founded and then based in Syracuse, N.Y., gave the university $2.75 million in exchange for lifetime naming rights to the new facility.

JWA Wireless is a Syracuse-based technology company. It is unclear how much it will pay for the naming rights.

Last year, Washington State secured a 10-year agreement with the Gesa Credit Union to sponsor its football field in a deal worth at least $11 million. And healthcare company MVP agreed to a five-year, $10 million deal for the naming rights at the downtown arena in Albany, N.Y., where Siena plays its home basketball games.

With a much more recognizable building and university, Syracuse’s financial agreement with JWA Wireless likely will well exceed both of those contract values.