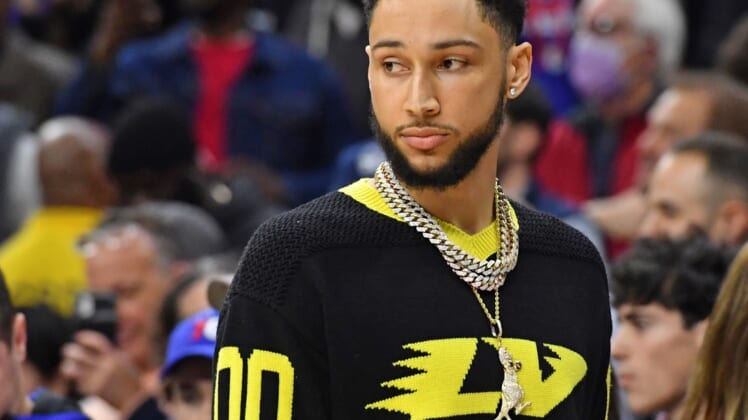 A day after Brooklyn coach Steve Nash said he had “high hopes” that Ben Simmons could return to action in the regular season, the Nets reportedly zeroed in on a more precise timeline for the injured star on Wednesday.

The team is aiming to have Simmons play a “couple” games ahead of the postseason, ESPN reported.

Simmons has yet to play for either team this season due to a back injury. He received an epidural injection this week, Nash said Wednesday, as he gets closer to resuming practice with his teammates. To this point, Simmons has been training solo.

The plan moving forward will be dependent upon Simmons’ response to the epidural.

Simmons, 25, is a three-time All-Star and two-time All-Defensive Team honoree. He has career averages of 15.9 points, 8.1 rebounds and 7.7 assists in 275 games, all starts, over four seasons with the 76ers.

The Nets began their Wednesday night home game against the Dallas Mavericks in eighth place in the Eastern Conference, one of four spots that would compete in the postseason play-in tournament.