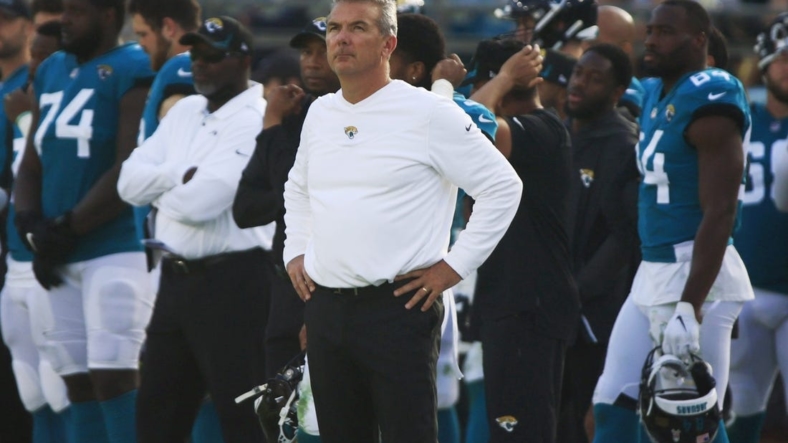 Despite the apparent wishes of some fans, Nebraska isn’t expected to talk with Urban Meyer about its head coaching vacancy.

ESPN reported Sunday that Nebraska officials haven’t had any contact with Meyer, who is working as a FOX Sports analyst. ESPN said Meyer isn’t expected to pursue any coaching jobs.

His most recent job, as head coach of the Jacksonville Jaguars, ended disastrously when he was fired in his first season amid a 2-11 record, player dissatisfaction and off-field issues.

Nebraska fired coach Scott Frost a week ago following a 1-2 start and a 16-31 record in his fifth season.

On Saturday, in the first game of the post-Frost era, Nebraska was throttled by No. 6 Oklahoma, 49-14. Frost assistant Mickey Joseph is serving as interim coach.

Meyer was in Lincoln, Neb., on Saturday as part of the FOX kickoff show, and the fans broke out in a “We Want Urban” chant. While he didn’t have a response to that, he had a compliment during the show for Huskers nation.

In his 17 years of college coaching, Meyer won two national championships at Florida and one at Ohio State. He has a 187-32 college career record, which also includes stops at Bowling Green and Utah.