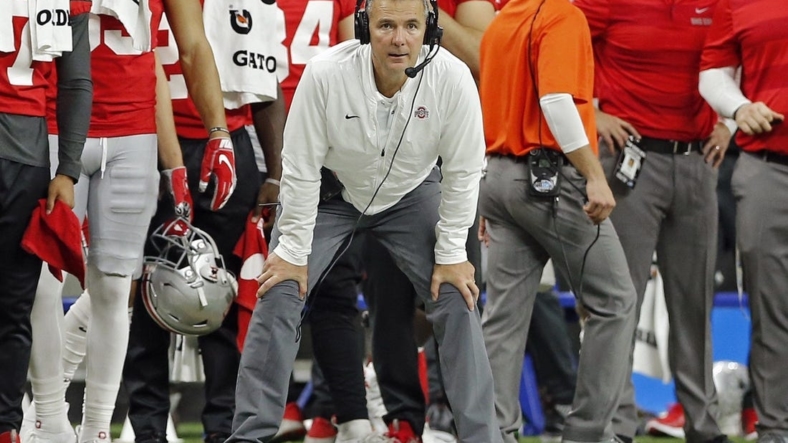 Meyer was in Lincoln, Neb., on Saturday as part of the Fox broadcast team during No. 6 Oklahoma’s 49-14 blowout of the Cornhuskers (1-3).

Athletic director Trev Alberts cautioned earlier this week that many names that surface in connection with the job search are not necessarily candidates for the position.

“You’re gonna hear about a lot of names. That’s good,” Alberts said. “That means we’re going to talk to a lot of people because we’re going to clearly define what our values are, and we’re not going to hire coaches who don’t believe in what we believe in.”

Meyer, 58, was fired by the Jacksonville Jaguars just 13 games into his tenure last season.

Meyer compiled a 187-32 record as a collegiate head coach with Ohio State, Florida, Utah and Bowling Green. He won national championships with the Gators in 2006 and 2008 and the Buckeyes in 2014.