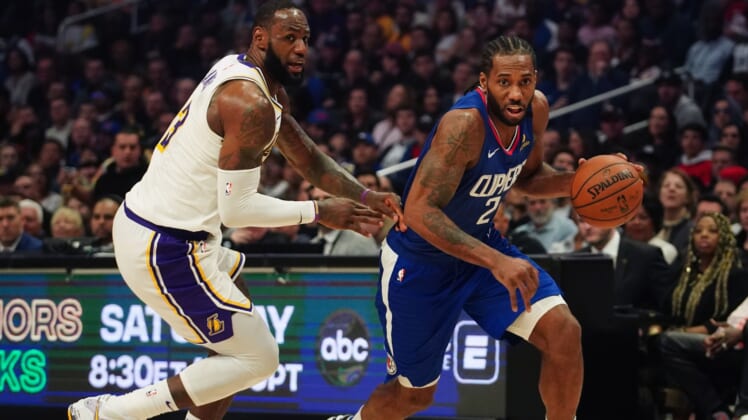 The NBA’s Board of Governors approved the league’s proposal to restart the 2019-’20 NBA season under a 22-team format this summer, per ESPN’s Adrian Wojnarowski. The proposal passed overwhelmingly with 29-of-30 teams approving the proposal to resume the season.

Almost three months after the NBA suspended operations due to the coronavirus, the league is now moving forward with its plans for a return. Unlike MLB, which is dealing with significant turmoil, both NBA players and the league is fully on board with a return.

The NBA’s Board of Governors held a conference call on Thursday to determine whether the league would move forward with its plan to resume the season this summer. Now, with a consensus supporting the 22-team format, the NBA can move ahead with its plans to bring basketball back.

When will the NBA return?

After weeks of discussions to narrow down a single site to hold the resumed NBA season and playoffs, the league decided on Walt Disney World in Orlando.

Following the decision, per The Los Angeles Times, the NBA has set July 31 as its target date for the 2019-’20 to resume with all 22 teams playing in Orlando.

For the 22 teams participating in the eight-game regular season and potential play-in tournament, they could be allowed to call players back this week.Once that announcement is made, players like Dallas Mavericks star Luka Doncic would have time to return from overseas to be quarantined for 14 days.

NBA teams have already begun taking part in COVID-19 antibody testing and they are expected to test players daily upon their return. Once players are cleared and out of quarantine, the league would likely give them a month to prepare before the season resumes. According to ESPN, teams will be allowed to begin training at their facilities in July with full training camps later that month.

How will the 22-team format work?

While the NBA considered only moving forward with the current 16 playoff teams, aa vast majority of league executives pushed for an expanded playoff format. As a result, the NBA created a plan to bring 22 teams back this season.

In addition to the top eight teams in each conference, an additional six teams will join them in Orlando. The New Orleans Pelicans, Portland Trail Blazers, Sacramento Kings, Antonio Spurs, Phoenix Suns and Washington Wizards will all play eight games to help determine playoff seeding.

The NBA’s return is just around the corner and it’s wonderful news for the entire sport, especially the two favorites to win the NBA Finals.