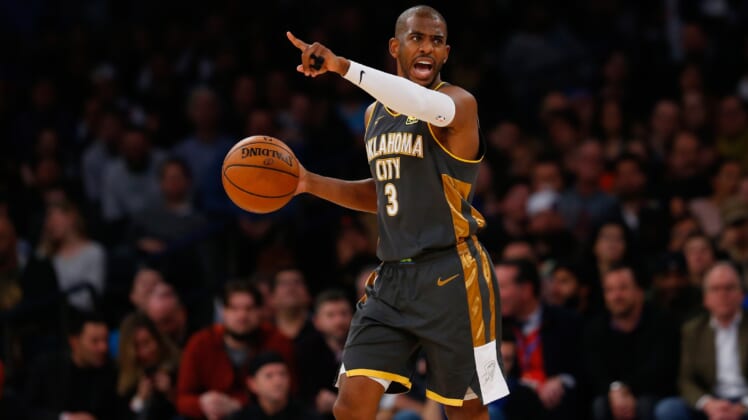 Nearly two months after the NBA indefinitely suspended operations, the league remains without a timetable for a return. As the COVID-19 pandemic continues to deliver a crushing blow to the economy, NBA owners are also reportedly preparing to make significant changes.

Much like the entire sports industry, the NBA is preparing to suffer a staggering revenue hit this year and in seasons to follow. Even if the 2019-’20 season resumes without fans in attendance, now viewed as the best-case scenario, the league will lose 40% of its revenue.

Bracing for a shrinking salary cap for years to come, per The New York Post’s Marc Berman, many around the league believe team owners might be eager to unload some of the biggest contracts in the NBA.

The salary cap for the current season stands at 109.14 million, which was only expected to grow with the game’s growing popularity and large television deals. The league already anticipated an economic hit due to the situation with China and Houston Rockets general manager Daryl Morey earlier this season, which led to China no longer broadcasting NBA games.

The COVID-19 pandemic and the league’s indefinite shutdown will only make things worse. The NBA is at risk of losing at least $2 billion if it is forced to cancel the season. Even if the NBA is able to return this summer, games will be played in empty gyms and that will cost the league hundreds of millions.

The economic impacts could last even longer with the NBA informing players that fans might not be allowed to attend games next season with a vaccine for the coronavirus at least a year away.

While stars like Stephen Curry, James Harden and LeBron James will remain with their teams, other marquee players could be at risk of being traded. Oklahoma City Thunder point guard Chris Paul is owed more than $85 million over the next two seasons, while Washington Wizards star John Wall is owed $40-plus million over each of his next three seasons.

Even with players agreeing to reduced salaries during the shutdown, the fallout from this disaster season will likely cost everyone in the NBA for years to come. At a time when basketball fans were hoping for more parity in the NBA, the COVID-19 pandemic could swing things in the favor of teams with deep pockets in big media markets.