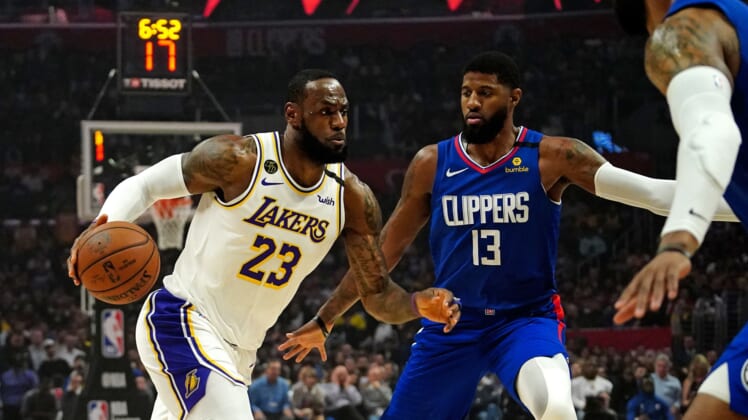 The NBA is set to propose a plan to the league’s Board of Governors on Thursday that could be one of the final steps to resume the 2019-’20 NBA season.

Nearly three months after the NBA suspended operations indefinitely due to the coronavirus, the league now has a plan that would resume the season before jumping into the NBA Playoffs.

According to ESPN’s Adrian Wojnarowski, the NBA plans to propose a 22-team format that could see the season resume on July 31 at Walt Disney World in Orlando.

The 22-team format would welcome back the 16 teams currently eligible for the playoffs, along with six additional teams to compete for playoff seedings. The New Orleans Pelicans, Portland Trail Blazers, Phoenix Suns and San Antonio Spurs will all get a chance to keep their season alive out of the Western Conference.

Meanwhile, the Washington Wizards will be the lone additional team from the Eastern Conference.

How will the 22-team format work?

The NBA attempted to move forward with a 30-team or 16-team format, but both proposals received significant objection. As a result, the league moved forward with the 22-team return for when the season resumes.

All 22 teams will return for an eight-game regular season, which will help determine the seeding.

If the ninth seed is more than four games behind the No. 8 spot after the eight-game schedule, they will not have a chance to compete for the spot in a play-in tournament.

The NBA’s Board of Governors will vote on the proposal at 12:30 p.m. EST on Thursday, per ESPN, with the plan expected to be approved.