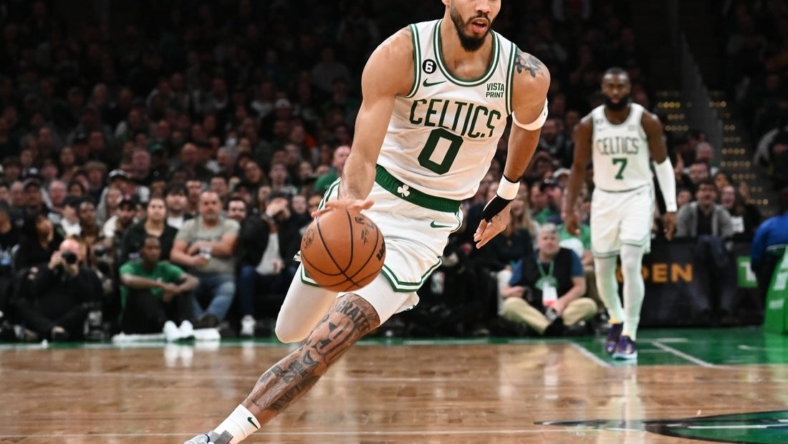 Tatum was slapped with the tech in the second quarter of Boston’s 126-122 win over visiting Oklahoma City. Tatum clapped – once – after being called for a foul. Referee John Goble then called a tech on Tatum.

The tech was met with derision from one of the NBA’s biggest stars. Kevin Durant took to Twitter and called it “the worst tech I’ve seen in the NBA in a while.”

Tatum went on to score 27 points to lead the Celtics to their seventh straight win.