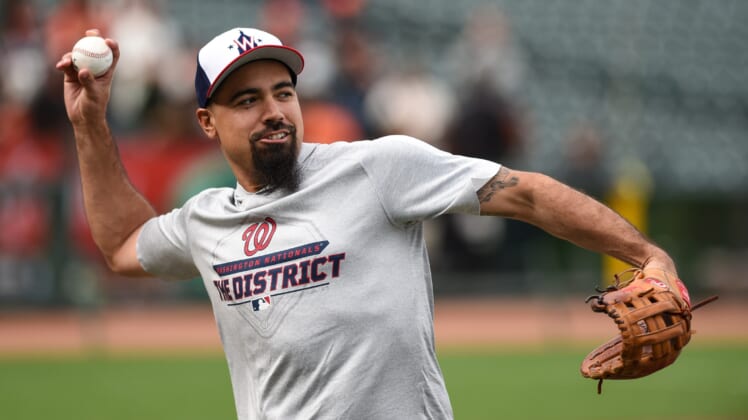 As the Washington Nationals continue to excel after losing star outfielder Bryce Harper to free agency last offseason, the team could reportedly lose another star this offseason.

According to The Washington Post’s Jesse Dougherty, Rendon and agent Scott Boras met in Phoenix last weekend, but it remains likely that the All-Star hit free agency this offseason.

He also remains one of the best third basemen defensively in the league. Given he will still enter the 2020 season as a 29-year-old, he’ll easily be able to land multiple long-term contracts if he hits free agency.

Despite ceding ownership control to his son in 2018, Ted Lerner reportedly remains involved in Washington’s attempts to re-sign Rendon.

According to the report, Lerner is expected to play a big factor in the negotiations was he did when the team signed Max Scherzer, extended Stephen Strasburg and tried to convince Harper to stay this offseason.

Rendon reportedly wants Boras to work with Washington’s front office and ownership on a potential extension until the team’s exclusive negotiating window ends.

Given Rendon will be one of the most coveted players this offseason and could seek a deal averaging more than $30 million per year, it could put him out of Washington’s price range.