Report: Nationals ready to move on from Bryce Harper 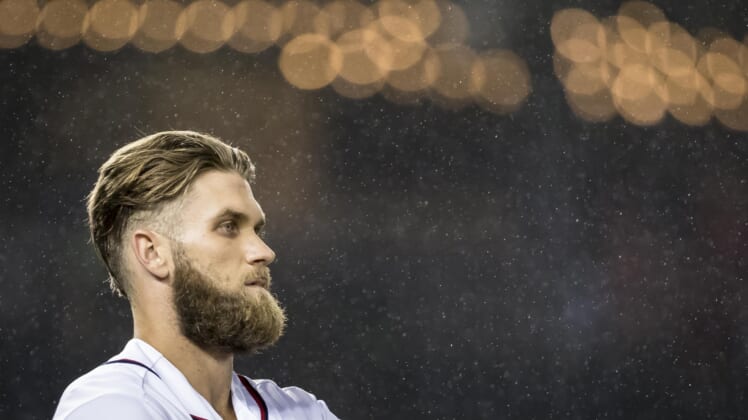 Washington Nationals star and franchise cornerstone Bryce Harper could very well be playing his last few games as a member of the organization.

With the Nats closing up what has been a disappointing season, the 25-year-old Harper is set to become a free agent this winter.

There’s seemingly been a growing rift between the former NL MVP and Washington’s front office, leading to suggestions that Harper will in fact leave D.C.

According to former MLB general manager Jim Bowden, the Nationals are more than okay with this plan.

“In all likelihood, the Nationals are ready to turn the page with the outfield already set without him (Harper) next year with Adam Eaton in right field, Victor Robles in center, and Juan Soto,” Bowden told CBS Sports HQ.

As the current MLB insider notes, Washington is seemingly set in the outfield. Soto has the looks of a generational talent. Still just 19-years-old, the Dominican is hitting .293 with 21 homers and 66 RBI on the season.

Interest in Harper will be limited to big-market teams with a whole host of cash to spend. He could very well be looking at the first $300-plus million contract in MLB history. That’s cash the Nationals might not want to spend with a young outfield ready to lead them into the future.

Then again, a report back in August suggested that Harper would remain in Washington (more on that here).