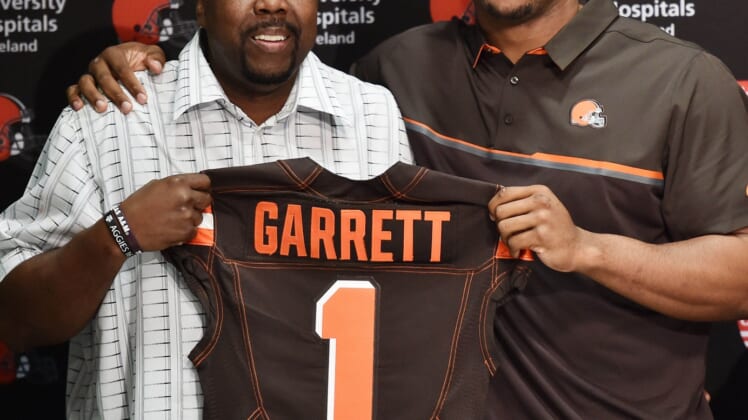 Cleveland Browns pass rusher Myles Garrett hasn’t been able to get off to a very hot start as the No. 1 overall pick of the 2017 NFL Draft.

He missed OTAs last week and is limited this week with what Mary Kay Cabot of Cleveland.com reports is a sore foot. Garrett missed Wednesday’s practice but was on the field Tuesday and Thursday.

“I just want to take it easy, make sure that we’re getting there,” coach Hue Jackson said after Wednesday’s practice. “He did practice yesterday, first of all, let me confirm that. Did a good job yesterday, and he’ll practice tomorrow. But he’s doing good. Excited about him being out there yesterday and he’s looking forward to getting back out tomorrow.”

Jackson also said the injury is not related to the high ankle sprain that hampered Garrett last season at Texas A&M and said it’s “nothing major.”

Still, it’s not a great omen that Garrett is dealing with a foot issue already. He’s an athlete that relies on getting off the ball quickly, which puts serious torque on his feet. Needless to say, if this minor injury does become more of a major issue, it’s going to be a major problem.