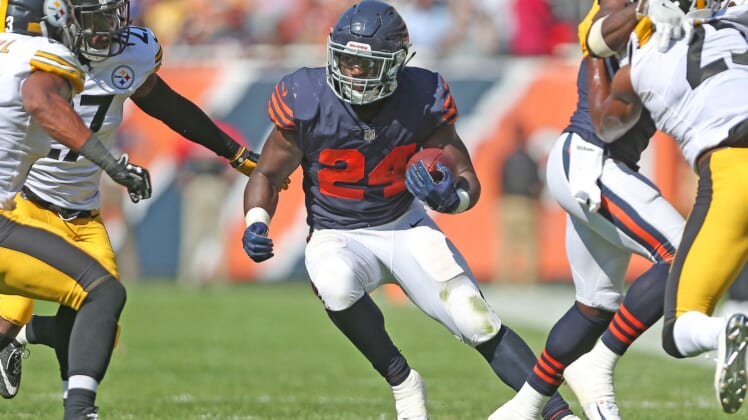 The Chicago Bears are in discussions with “multiple teams” about a potential Jordan Howard trade, according to ESPN’s Adam Schefter.

Given the way Howard’s production fell last year, the first in which Matt Nagy was running the team, this isn’t particularly surprising news.

Howard rushed for 935 yards and nine touchdowns, but he only gained 3.7 yards per carry and was less of a factor than he was in recent years as Tarik Cohen gained more favor within Nagy’s offense.

Since being drafted in the fifth round out of Indiana in 2016, Howard has rushed for 3,370 yards and 24 touchdowns. So there is certainly value to his game, and teams that want to run with power could do a lot worse than landing this still-young back.