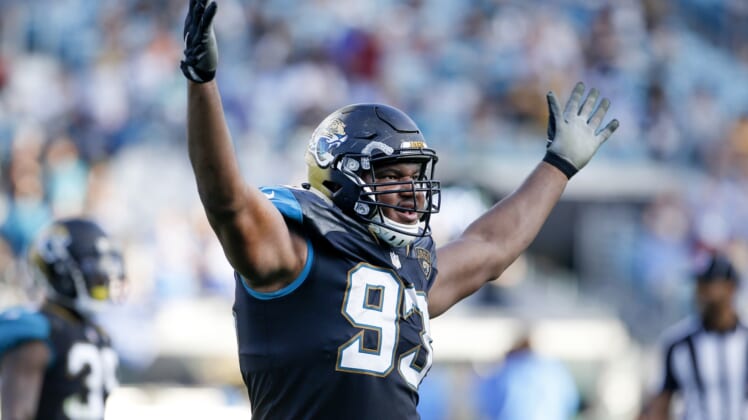 The Jacksonville Jaguars’ decision to trade Pro Bowl cornerback A.J. Bouye on Tuesday likely won’t be the end of a tear down in Duval.

Reports earlier in the week indicated that Jacksonville will look to trade high-priced veteran Nick Foles and go with Gardner Minshew as its starting quarterback next season.

Now comes this report from CBS Sports’ Jason La Canfora suggesting that a number of other Jaguars players could be had in trade.

Jacksonville is coming off a disastrous 6-10 season and just recently fired front office head Tom Coughlin. It now seems that the team is looking to retool on the fly.

While all three of these players would draw a nice amount of interest on the trade market, contracts become somewhat of an issue.

As La Canfora noted, the return would not be too great. Given that the Jags received a mere fourth-round pick for Bouye, that makes sense.