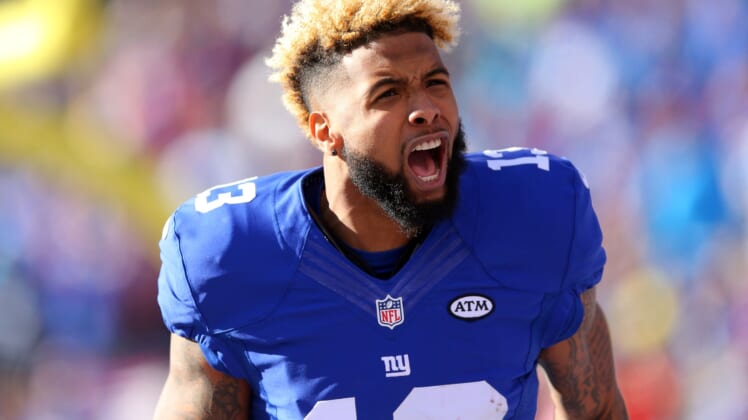 An MRI on Tuesday reportedly confirmed that star New York Giants wide receiver Odell Beckham Jr. did in fact suffer a sprained ankle in the team’s game against the Cleveland Browns on Monday night.

“An MRI of Beckham’s ankle confirmed that he has no more than a sprained ankle, although the severity of the injury has not been revealed,” the NY Post‘s Paul Schwartz reported.

Considering how bad the injury itself looked (watch), this has to be good news for the Giants.

Though, the severity of the injury itself is not yet known. If Beckham Jr. did in fact suffer a high-ankle sprain, he will miss several weeks.

Fortunately for the Giants, that doesn’t look to be the case. OBJ said following the game that he rolled his ankle. Meanwhile, Giants head coach Ben McAdoo indicated that it would be a day-to-day injury.

Beckham Jr., who is in the running for a new contract, is apparently considering taking out a $100 million insurance policy. Based on what we saw on Monday night in Cleveland, that might very well be a great idea.