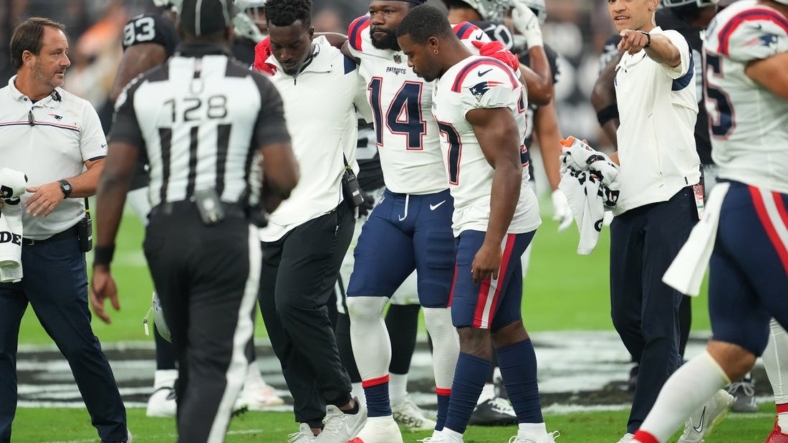 He had to be helped off the field after getting hurt in the first quarter of Friday’s 23-6 preseason loss at Las Vegas.

Coach Bill Belichick confirmed Saturday that Montgomery, 29, flew back with the team after the game.

The Patriots signed Montgomery to a two-year, $3.6 million contract in free agency in March.

He caught 16 passes for 95 yards and rushed for 44 yards in 14 games (three starts) with New Orleans last season.