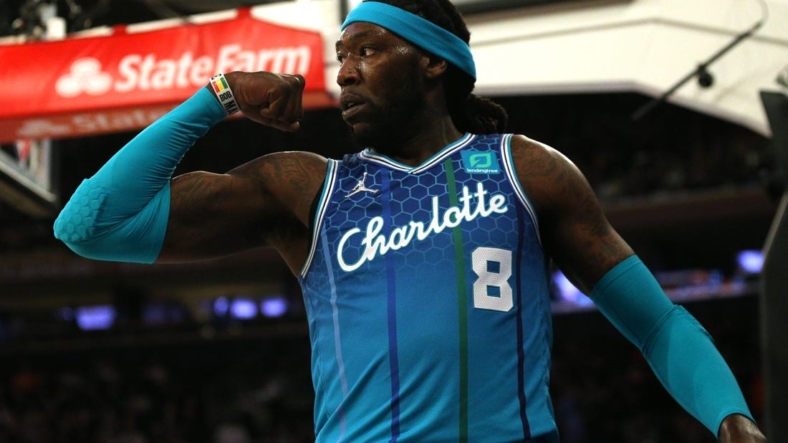 The report comes one week after Harrell had felony drug trafficking charges reduced to misdemeanor possession.

Harrell, 28, posted 13.1 points and 6.1 rebounds per game in 71 contests (three starts) in 2021 with the Washington Wizards and Charlotte Hornets.

Philadelphia will be Harrell’s sixth team. He’ll also be reunited with head coach Doc Rivers, for whom he played in Los Angeles with the Clippers. Harrell won the 2019-20 Sixth Man of the Year award under Rivers.

Harrell pled guilty to the misdemeanor possession charge in Madison County (Ky.) last Wednesday. He was placed on probation for 12 months with a 30-day conditional charge, meaning he must serve 30 days in jail if he faces any legal trouble during that probationary period. The charge will be expunged after 12 months if he stays out of legal trouble.

Harrell, who starred in college at Louisville, was pulled over for following another vehicle too closely. When a Kentucky state trooper said he smelled marijuana from the SUV Harrell was driving, a subsequent search led to the discovery “of three pounds of marijuana in vacuum-sealed bags” in a backpack in the back seat.

In seven NBA seasons with five teams, he has averaged 12.9 points and 5.3 rebounds in just over 21 minutes per game.