MLB to vote on measures meant to quicken game 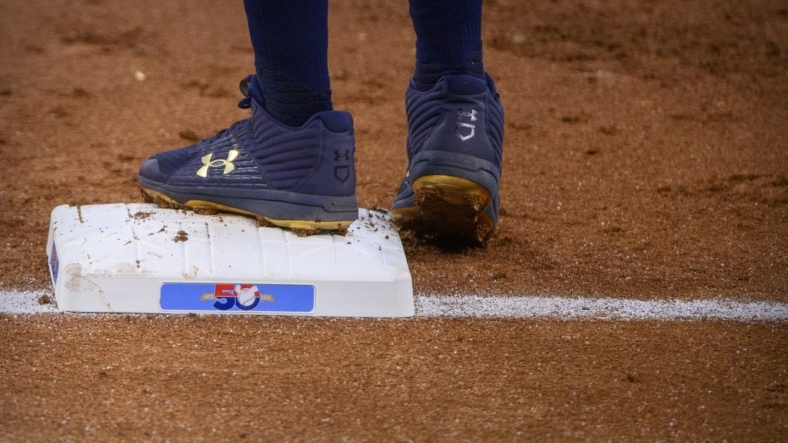 The competition committee of Major League Baseball is set to vote on measures meant to quicken the game on Friday, according to a report from ESPN.

The rule changes would include a pitch clock and a limit on how many times a pitcher is allowed to step back from the rubber, both explicitly aimed at reducing the length of the league’s games.

A 15-second pitch clock when the bases are empty and a 20-second clock when runners are on is the proposal for the pitch clock, which would be a first for MLB in any format.

Batters would be required to be ready to bat with eight seconds left on the clock.

Two disengagements from the rubber per batter would be allowed for a pitcher. That number includes pickoff attempts.

Other rules changes on the docket include bigger bases and the elimination of the shift.

Bases would go from 15 square inches to 18, while infielders — two required on each side of second base — wouldn’t be permitted to shift to the outfield until a pitch is thrown.