Report: MLB season may not start until July 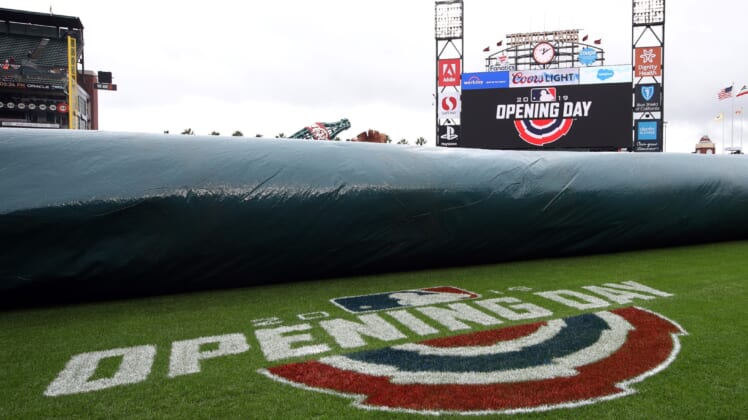 Major League Baseball announced on March 12 it was suspending the start of the 2020 season due to the coronavirus. While MLB fans are hoping to see their favorite sport return with Opening Day in May, those around baseball are reportedly concerned we might not see an MLB game until July.

According to The Milwaukee Journal Sentinel‘s Tom Haudricourt, July 4 is now the best-case scenario for the MLB season to begin. The potential timeline makes sense for the league with pitchers needing at least a month to get their arms prepared for a full workload. USA Today’s Bob Nightengale also reported that multiple general managers are preparing for a delay until July.

MLB sent a memo to teams advising them to end organized workouts and to allow players to return home. The league’s recommendation for teams to cease any activities where players “congregate in significant numbers” comes at a time when multiple Yankees’ minor-league players tested positive for COVID-19.

The league’s decision to have all players sent home is another strong indicator that the MLB season won’t return in May, which remains the league’s best-case scenario publicly.

Following the CDC’s guidelines of restricting events of more than 50 people for the next eight weeks, we likely won’t see teams even have a chance to report back to camp for two months. Since it will take players several weeks to prepare for the delayed season, which will create the need for intrasquad games and more chances for players to get back into rhythm, it becomes clearer why MLB may not return until July.

MLB still hasn’t made a decision regarding its schedule for the 2020 season. While the league would ideally still like to hold a 162-game season, starting in July would mean the postseason might not arrive until December. The further Opening Day gets pushed back, the more likely it is that MLB implements a shortened season. For now, everyone around baseball must continue to wait and hope for America’s pastime to return as soon as possible.