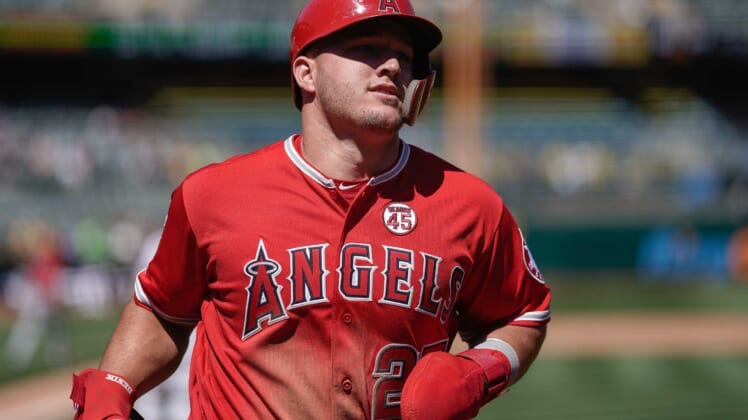 Major League Baseball commissioner Rob Manfred guaranteed there will be a 2020 MLB season no matter what. If the league and the MLB Players Association can’t agree to a deal, though, there will be players who sit out the entire season during the COVID-19 pandemic.

As MLB owners have fought with the MLBPA over the level of pay cuts players will receive, while also requiring them to sign a risk waiver, many in baseball fear that the league is headed for a worst-case scenario. If both sides can’t agree to a deal, with little sign of promise from recent negotiations, there will be players who sit out the 2020 MLB season.

In fact, per USA Today’s Bob Nightengale, one owner has already heard from several of his team’s players that they will sit out if Manfred imposes a shortened season. Even knowing they would forfeit their salary and lose a year of service time, which counts towards becoming a free agent, players are still willing not to take the field.

Players across MLB have made it clear they want baseball to return, a sentiment that reportedly isn’t shared by every team owner. With only a few days remaining before Manfred imposes a shortened season, potentially fewer than 60 games, the MLBPA is still fighting with the league over safety concerns and salary.

MLB and the MLBPA reached an agreement in March on some guidelines for a reshaped 2020 season. Under the deal, players would receive a prorated portion of their salaries based on the number of games played and would receive full service time this year.

However, MLB has suggested the structure was dependent on things returning to normal with fans able to attend games this year. Given that it is no longer possible due to the COVID-19 pandemic and restrictions on large gatherings, owners have indicated they will lose $4 billion this year under the current plan.

As a result, MLB has offered the MLBPA a percentage of the prorated salaries in each of its proposals to the union. Most recently, the league offered a 76-game season, with players receiving 75% of their prorated salaries and a chance to make more money through playoff bonuses.

The MLBPA immediately rejected the offer, citing the salary figures were no different than the previous offers and just being presented in a different way. Shortly after, the MLBPA offered MLB a new proposal that reduced the season from 114 games to 89 games. Players would receive their fully prorated salaries and MLB could expand the playoffs for the next two years in exchange. But, the owners quickly made it clear they had no interest in the offer.

There is still some hope that both sides can find a middle ground for the length of the 2020 MLB season and regarding prorated salaries. If that happens, though, issues still remain regarding safety protocols.

As Washington Nationals star Sean Doolittle highlighted, players are also concerned about the protocols created by MLB that are meant to ensure player safety. Even more so because when the league submitted its proposed health guidelines, it never received approval from local health officials.

The MLBPA offered its own safety measures in May, but talks have been put to the side with so much focus on negotiating the length of the season and player salaries.

If Manfred imposes his own plan, it likely won’t meet all of the safety guidelines that players will be seeking. Given the players will be the one risking their health, while also putting their families at risk, several won’t see it as worth it given the significant pay cut enforced on them.

It is in MLB’s best interest to reach an agreement with the MLBPA. The owners might need to take a greater financial sacrifice than they are comfortable with, coming off consecutive years of record revenue, but it should be worth it to bring baseball back.