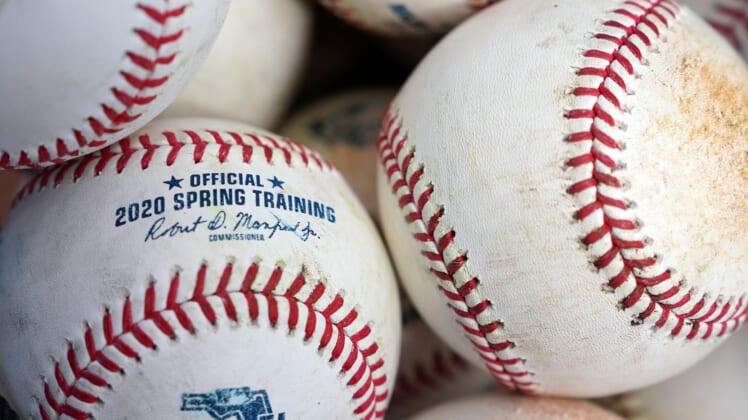 Another round of negotiations between MLB owners and the MLB Players’ Association seems headed for a stalemate. Following several days of deliberation, MLB’s proposal for a 60-game season is expected to be rejected this weekend.

MLB players likely to reject the proposal for 60-game season

MLB seemed to be making progress this week toward an agreement for baseball to be played in 2020. The players’ union submitted a counter-proposal for a 70-game season to MLB, but team owners rejected it instantly. Instead of making a new offer, MLB stood by its 60-game plan and left the decision up to players.

An eight-man executive committee, along with player representatives for each team, are expected to vote on the framework this weekend. However, per MLB Network’s Jon Heyman, there is consensus to reject the proposal.

Once the offer is rejected, players will likely call out MLB once again and tell commissioner Rob Manfred to implement his plan for a shortened season. However, Manfred would still need approval from owners on his own proposal and that isn’t a guarantee.

Between disagreements over the length of the season, financial structure and safety protocols, key hurdles remain in the way of a 2020 MLB season. Unfortunately, those issues might not even be the thing that prevents baseball from being played this season.