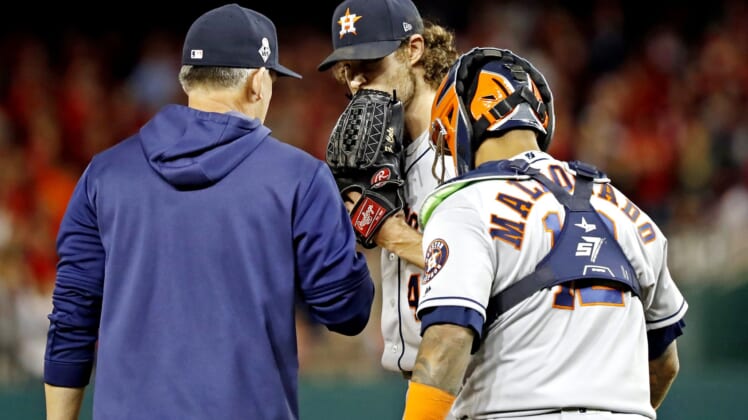 After launching its investigation in November into allegations of electronic sign-stealing by the Houston Astros, MLB’s examination is reportedly nearing its conclusion and discipline could be announced within the next two weeks.

According to ESPN’s Jeff Passan, the league’s inquiry into the Astros’ illegal use of technology to steal signs from opponents is wrapping up and the organization expects commissioner Rob Manfred to decide on the severity of punishments soon.

The electronic sign-stealing began in 2017 when an unnamed Astros’ executive reportedly sent an email asking scouts to pursue ways the team could steal signs using cameras.

It was reported in December that the league’s investigation was expected to last into the new year. Now with the winter meetings far behind and the countdown to spring training nearing, it appears MLB will be ready to announce discipline before players report for spring workouts.

As Passan notes, the pending discipline from the league is being monitored closely by executives across the league.

If Manfred hands down light suspensions for team employees involved in the illegal acts, executives believe it will send a message to teams that they can run free from the rules. However, significant discipline is expected as MLB looks to establish a clear message to the entire sport.