Report: MLB could have plan for 2020 season within days 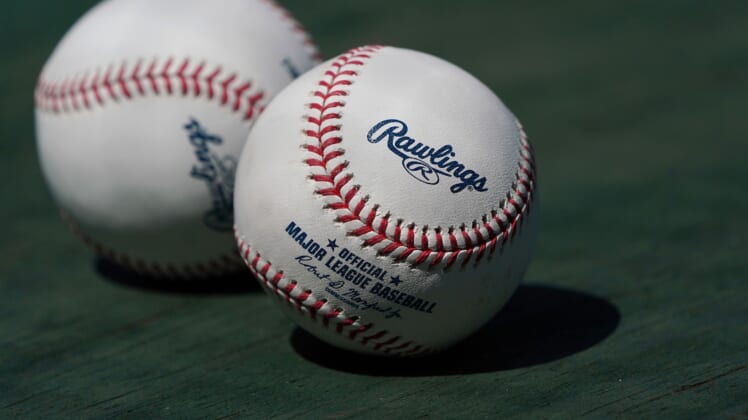 Negotiations between Major League Baseball and the MLB Players Association on a plan for baseball’s 2020 return took a significant hit on Monday. A day after MLB experienced one of its ugliest days in decades, things are looking a little more promising for the 2020 season.

MLB, MLBPA could have a plan for 2020 season within days

While back-and-forth deliberations between the players’ union and MLB reached a tipping point on Monday, there is still optimism both sides return to the table. MLB commissioner Rob Manfred put a target on baseball’s back and gave the MLBPA leverage, which is expected to be used whenever negotiations resume.

Fortunately, baseball fans might not have to wait long for both sides to restart their dialogue. In fact, one MLB source told ESPN’s Jeff Passan that it could be a matter of days before both sides agree to a plan for MLB’s return.

“I think if everybody recognizes the horror that baseball unleashed on its fan base yesterday, they can get something done in the next 72 hours. But that’s a really optimistic perspective,” Jeff Passan said, via The Rich Eisen Show. “Somebody who is involved in the negotiations, last night said ‘I think this gets done in 10 days.'”

There is still plenty of ground that both sides must cover before an agreement can be reached. However, with the MLBPA willing to file a potential billion-dollar grievance against MLB owners for negotiating in bad faith, MLB is incentivized to get a deal done.

Players are determined to receive their full prorated salary this season, which MLB originally agreed to in March. If owners are willing to meet that requirement for a 2020 season, the MLBPA will approve an expanded postseason for the next two seasons. As a result, MLB could generate more revenue to make up for some of the lost money.

Of course, timing will play an essential role in this negotiation. Players have pushed for 80-plus games this season, while MLB has targeted between 50-70 games. Both sides will need to meet in the middle and do it quickly if they want to avoid a shortened 2020 season or risk not playing any baseball at all.