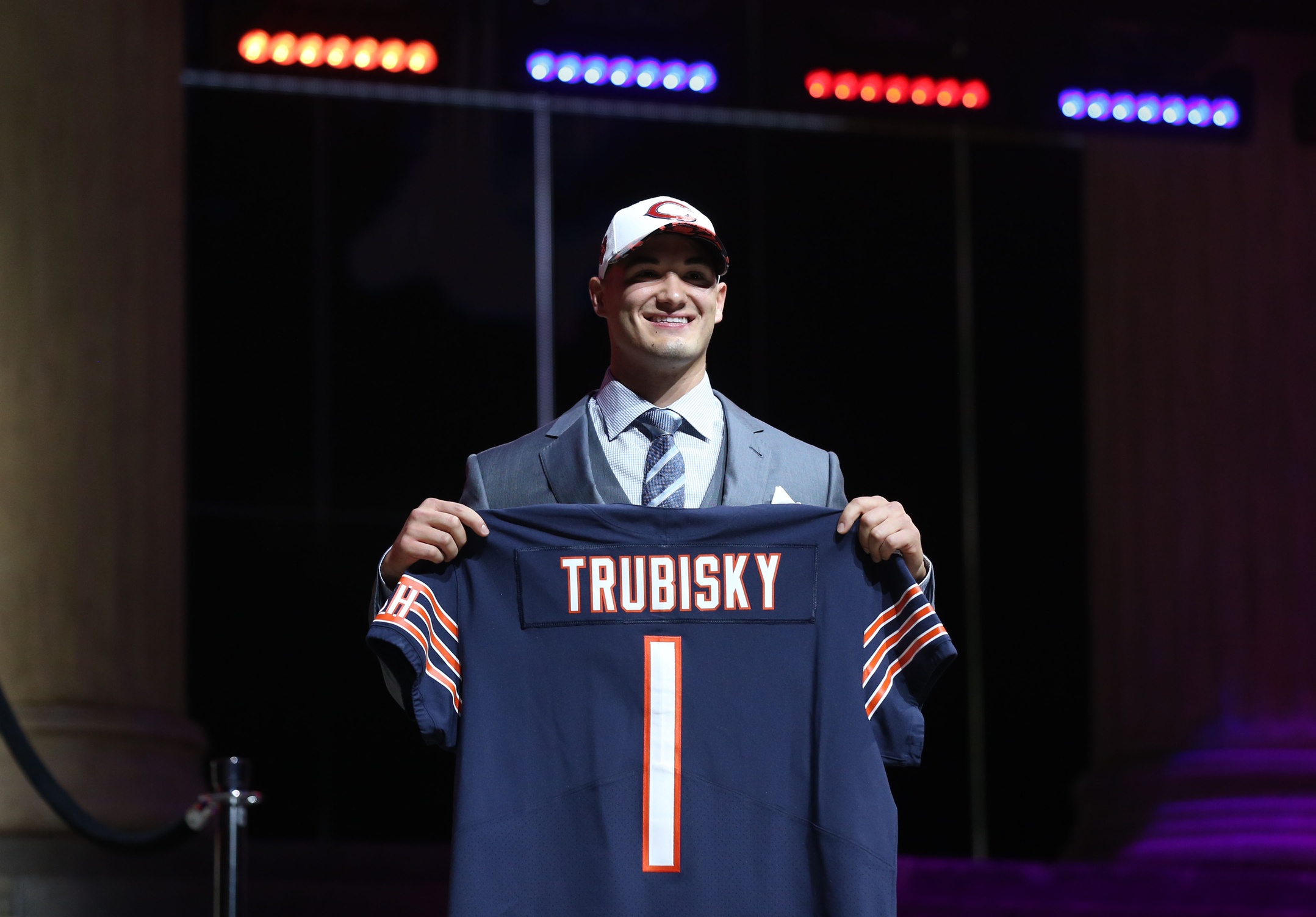 After a four-turnover performance by Mike Glennon Thursday night, is it finally Mitchell Trubisky time for the Chicago Bears? If the Bears happened to read our latest column on the matter, then the answer is definitively yes.

According to one report, it’s only a matter of time before that announcement is made.

Getting flooded with texts that Trubisky is expected to be named #Bears starter.

Glennon threw two interceptions and lost two fumbles on Thursday night at Lambeau Field. He has now thrown five interceptions the past three games and has fumbled the ball five times this year.

During the preseason, Trubisky clearly played better than Glennon, even when given the chance to play with starters against starters. The rookie out of North Carolina completed 67.9 percent of his passes for 364 yards with three touchdowns and no interceptions in four exhibition games. Better yet, he showed the ability to make plays with his feet — something Glennon is not doing at all right now.

The Bears have issues at receiver. That’s not debatable. They have been decimated by injuries at the position, so whoever starts under center will need to be able to make lemonade out of lemons. It does help that Tarik Cohen and Jordan Howard have been so productive running and catching the ball.

At this time, it’s clear that Glennon does not give the Bears the best chance to win games. The Bears are not ready to contend, regardless, so they might as well get Trubisky into the lineup and accelerate his learning curve in a season that’s already lost.