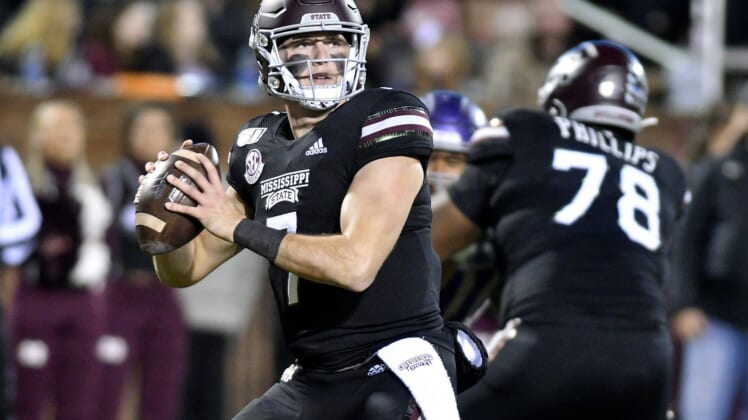 Just days before the Mississippi State Bulldogs will take the field to face the Louisville Cardinals in the Music City Bowl, the Bulldogs’ coaching staff has reportedly made another change at quarterback following a fight between teammates earlier this month.

According to 247Sports’ David Murray, senior quarterback Tommy Stevens will be given control of the offense one last time and take the field for Monday’s bowl game against Louisville.

According to the report, freshman quarterback Garrett Shrader was expected to start in the bowl game. However, he got into an altercation with a teammate during a practice and suffered damage to his orbital bone. Neither player involved in the fight will reportedly face a suspension.

As a result of the injury, Stevens will get the opportunity to finish his collegiate career with a final start. The senior completed 80-of-135 pass attempts this season with 934 passing yards, nine touchdowns and five interceptions.