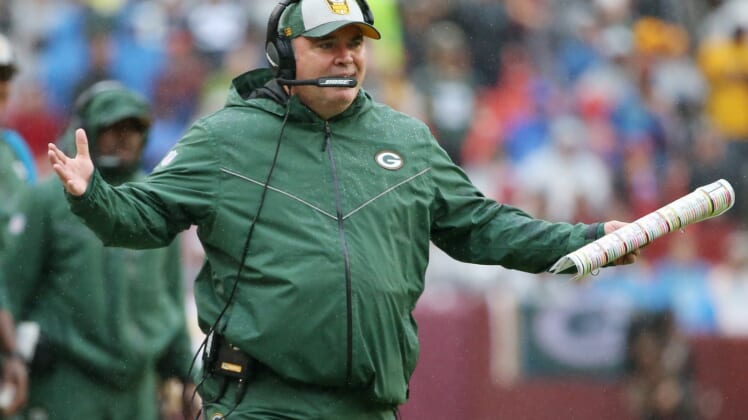 Less than a month after firing Ron Rivera, the Carolina Panthers are moving quickly in their head coaching search and have reportedly met with former Green Bay Packers head coach Mike McCarthy twice.

According to NFL Network’s Ian Rapoport, McCarthy impressed in both interviews with the team. The veteran head coach interviewed with the team on Dec. 22 following Carolina’s loss to the Indianapolis Colts.

According to the report, the Panthers still plan to interview New England Patriots offensive coordinator Josh McDaniels and Baylor’s head coach Matt Rhule. McDaniels has reportedly been on the team’s radar since 2018 and the interest is mutual.

McCarthy, McDaniels and Rhule are among the best head-coaching candidates that could be available this offseason. While his tenure in Green Bay ended, McCarthy’s 125-77-2 record in the regular season and Super Bowl ring are impressive pieces on his resume.

He also spent the 2019 season preparing extensively for his next coaching opportunity. A new commitment to embracing analytics, along with his experience as a coach and respected voice in the locker room, could make him an excellent hire for the Panthers or another organization.