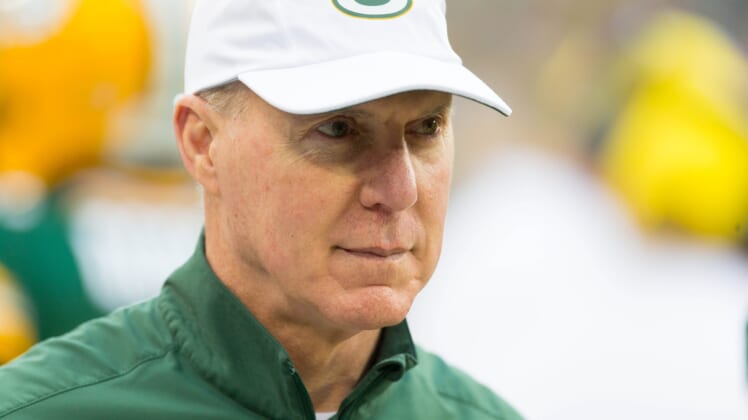 Things may be getting a bit frosty in Green Bay these days, and we’re not talking about the weather. A report by Bob McGinn of the Milwaukee Journal-Sentinel included a juicy rumor regarding head coach Mike McCarthy and general manager Ted Thompson.

“According to several sources, McCarthy is fed up with his boss’ unwillingness to take a chance and reinforce the roster with veteran players that might be unknown to the Packers but have the talent to contribute.”

Nobody would argue with Thompson’s track record of bringing in excellent personnel via the NFL draft. However, he has been wary of signing high-profile free agents in the past — guys like Julius Peppers and Charles Woodson being the exceptions.

In his column, McGinn points to Thompson’s unwillingness to sign inside linebacker Mason Foster, who ended up signing for the veteran’s minimum with the Washington Redskins. The Packers desperately needed help at the position this season (and last) but never got it because of Thompson’s stick-with-the-draft formula for success.

Looking at the roster, one area that must be addressed for the upcoming 2016 season is the offensive line. Guys like Cordy Glenn, Russel Okung and Andre Smith should be strongly considered to shore up Green Bay’s line, which seems to always be lacking talent and depth.

However, given Thompson’s track record, Packers fans shouldn’t hold their breaths waiting for news of a high-profile signing. If the Packers are going to get the most out of Aaron Rodgers golden years, though, perhaps it’s finally time for Thompson to take a gamble or two on veteran players who can contribute at a high level.