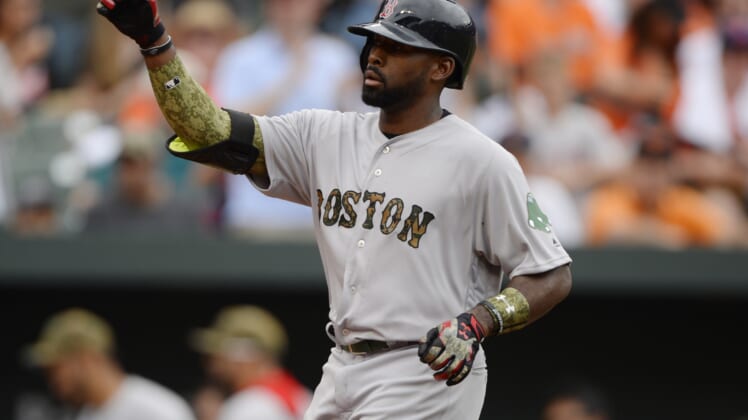 It was somewhat a surprise to see the Boston Red Sox tender veteran outfielder Jackie Bradley Jr. a contract ahead of Monday’s deadline.

Boston is going into cost-cutting mode after a disastrous 2019 season, and Bradley Jr. is set to earn about $11 million in arbitration this winter.

The Sox’ decision to retain Bradley Jr. was apparently under the belief that they could trade the former All-Star.

According to Ken Rosenthal of The Athletic, there’s already interest in the 29-year-old outfielder. Rosenthal specifically mentions the Chicago Cubs and New York Mets as possible destinations.

Any team acquiring Bradley Jr. would likely be buying low. It’s rather clear that the Sox have to move his salary. Add in struggles at the plate over the past few seasons, and that’s magnified further.

An All-Star back in 2016, Bradley is hitting a combined .234 with a .318 on-base percentage over the past three seasons.

While he’s hit 51 homers during that span, one of the game’s best defensive centerfielders is also averaging 139 strikeouts per season.