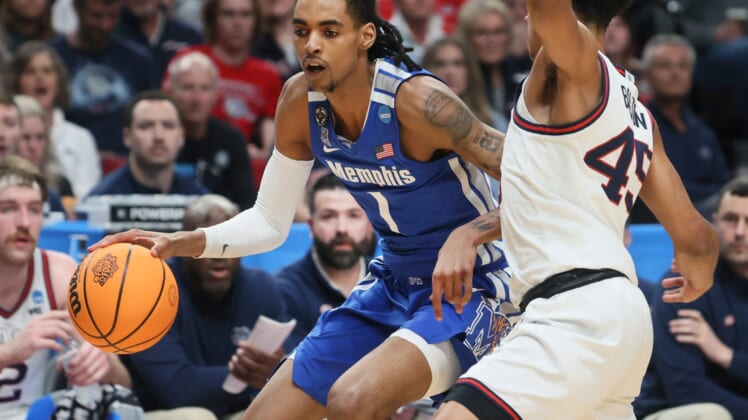 Memphis forward Emoni Bates, one of the top recruits in the nation in the Class of 2021, is transferring, On3 reported Saturday.

“I’d like to thank Coach Penny (Hardaway), my teammates, and the entire coaching staff at the University of Memphis for giving me the opportunity to be a Tiger. Thank you Tiger Nation for embracing me and all of you who supported our team throughout this season. With that being said, I have decided to enter the transfer portal,” Bates told On3 in a statement.

The 247Sports composite listed Bates as the No. 1 small forward and the No. 5 overall player in the class. Originally part of the 2022 class and committed to his home-state Michigan State, he changed his mind about the Spartans and also reclassified to 2021.

The 6-foot-9, 190 pound Bates is not eligible for the NBA draft until 2023, so his options are to transfer, play in the G League or sign with a team abroad.

With Memphis, Bates was limited to 18 (13 starts) games because of a back injury. He averaged 9.7 points, 3.3 rebounds and 1.3 assists, shot 38.6 percent, and never quite found his groove as part of the Tigers.

With Bates in the lineup, the Tigers were 10-8. Without him, they were 12-3. No. 1 Gonzaga eliminated No. 8 seed Memphis in the second round of the NCAA Tournament, with Bates scoring five points in 12 minutes.