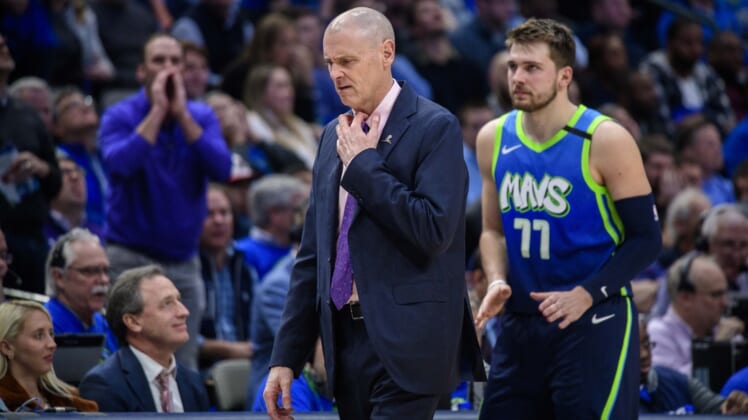 Carlisle resigned his position in June after 13 seasons in Dallas and is now the head coach of the Indiana Pacers, with the report suggesting the relationship between Carlisle and Doncic was unsalvageable.

While Doncic did not appear to request a coaching change, multiple examples were cited of defiant Doncic behavior toward his coach. Doncic declined to be interviewed for the story. The 22-year-old Doncic is a two-time All-Star and the 2019 NBA Rookie of the Year.

“This article about my time there is spot on,” Smith wrote, linking the ESPN story in his Twitter feed. “And that’s coming from staff members (and) players! Y’all don’t even know the half.”

According to the report, Carlisle was searching for a two-year extension on his Mavericks contract beyond the two years he had remaining. When he couldn’t get it, he resigned and reached a four-year, $29 million deal with the Pacers.

“It was a privilege to witness Luka’s genius for three years,” Carlisle told ESPN. “He does and will continue to do amazing things every night. I am excited and appreciative for the opportunity to coach in Indiana and wish the Mavs organization all the best.”

The Mavericks (14-13) are now under the guidance of head coach Jason Kidd, as the team brought the former star player back to Dallas. One of Kidd’s initiatives has been to foster strong communication, with players often allowed to be decision-makers on ideas moving forward.