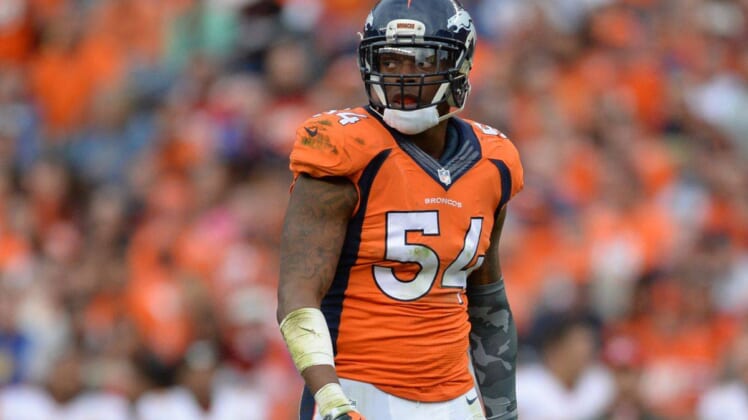 The same day the Las Vegas native and former Denver linebacker the team in Alameda, he signs reported one-year deal to join his former division rival.

Jon Gruden and Mike Mayock appear to be 2-for-2 on Thursday as reports surfaced the Raiders have come to an agreement with former Broncos linebacker Brandon Marshall. ESPN’s NFL insider Adam Schefter first reported the deal and the Raiders made it official in the last hour.

Marshall adds much-needed depth in the Raiders linebacking corps which has struggled over the past several seasons. Coming off what many consider his worst year as a pro, Marshall is yet to turn 30 and may have a lot to prove in 2019.

Marshall appeared in 11 games for Denver in 2018, starting seven of those. He was a situational player for the Broncos last season. Last season, Marshall recorded 42 stops (22) and one pass .

Over the course of his six-year career (all with Denver), Marshall tallied 100 tackles in a season three times, leading the time in 2014 and 2017. In the Broncos Super Bowl season of 2015, Marshalled recorded 101 tackles starting in all 16 games for Denver which in a Super Bowl XLIX victory.

Marshall was a four-year starter at Nevada-Reno

Marshall is known in his hometown of Las Vegas for his multitude of charitable works and in his adopted home of Denver. With the deal for just one year, it’s uncertain if the former Cimarron Memorial High School standout will play in his hometown when the Raiders move to Las Vegas in 2020.