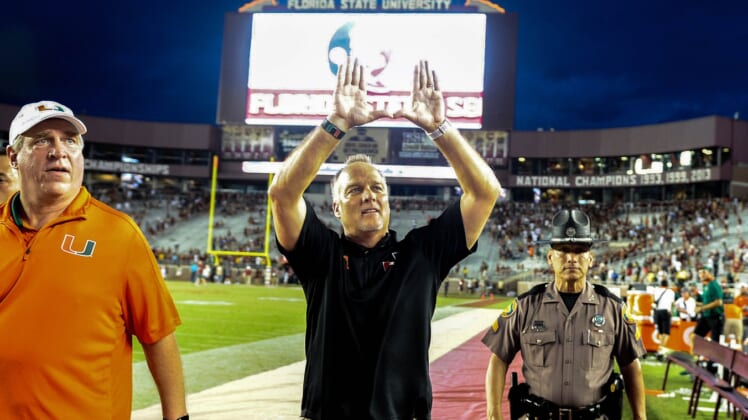 Miami Hurricanes head coach Mark Richt has informed officials at the university that he plans on retiring following a disappointing 2018 season.

Andrew Irvins of InsideTheU shared this breaking news Sunday morning. Then Richt himself confirmed it.

Big, somewhat surprising news to one of the most tradition-rich college football programs. Mark Richt is stepping down at The U. His statement: pic.twitter.com/AXf0SRNViD

It comes, of course, just a few days after Miami was embarrassed by Wisconsin, 35-3, in the Pinstripe Bowl. The Hurricanes ended their season with a 7-6 record, which was a huge step back considering Richt’s previous two years at Miami.

It also comes on the heels of yet another embarrassing off-the-field story for the program, involving quarterback N’Kosi Perry.

One prominent Miami supporter has already called for Lane Kiffin to replace Richt, so if the university has any wish to make that happen the door is wide open.