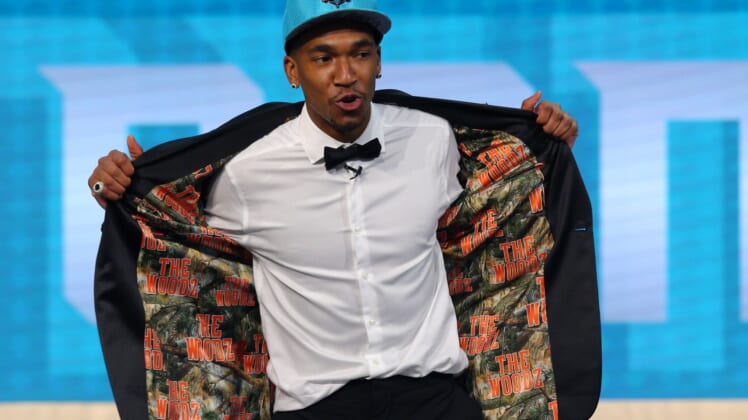 Per TMZ Sports, which obtained police documents about the incident, “Monk was driving near the University of Arkansas around 5:46 AM when his red 2002 Lexus ran off the road and crashed into a gate.”

In addition to the reckless driving citation, Monk was busted for driving without proof of insurance as well. Per the report, his car was in bad shape and had to be towed to a local impound lot.

Monk told police, “I was driving, looked down for a second then I just hit a bump. Happened fast.”

At this time, there is no word about whether Monk sustained any injuries in the wreck.

He doesn’t play again until Thursday, as the Hornets are off for the All-Star break. So far in his rookie campaign, Monk is averaging five points, 1.2 rebounds and 0.9 assists per contest, averaging just over 12 minutes per game.