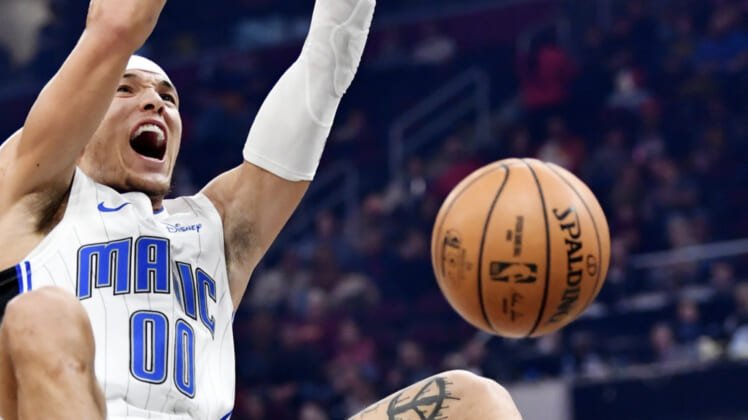 Orlando Magic star forward Aaron Gordon is known for his high-flying exploits, so it’s extremely fitting that he’s going to be back in the NBA Slam Dunk Contest this year.

Shams Charania of The Athletic reported Thursday that Gordon has committed to the dunk contest during All-Star weekend in Chicago, joining Dwight Howard and Derrick Jones Jr. as the committed players at this point.

If you remember, Gordon made an incredible statement with his 2016 NBA Slam Dunk contest performance.

Incredibly, Gordon did not win that year. Instead, he was robbed when the judges gave the Slam Dunk contest title to Zach LaVine.

Now, Gordon will get a chance to prove once and for all that he’s one of the NBA’s best dunkers. Get your popcorn ready.